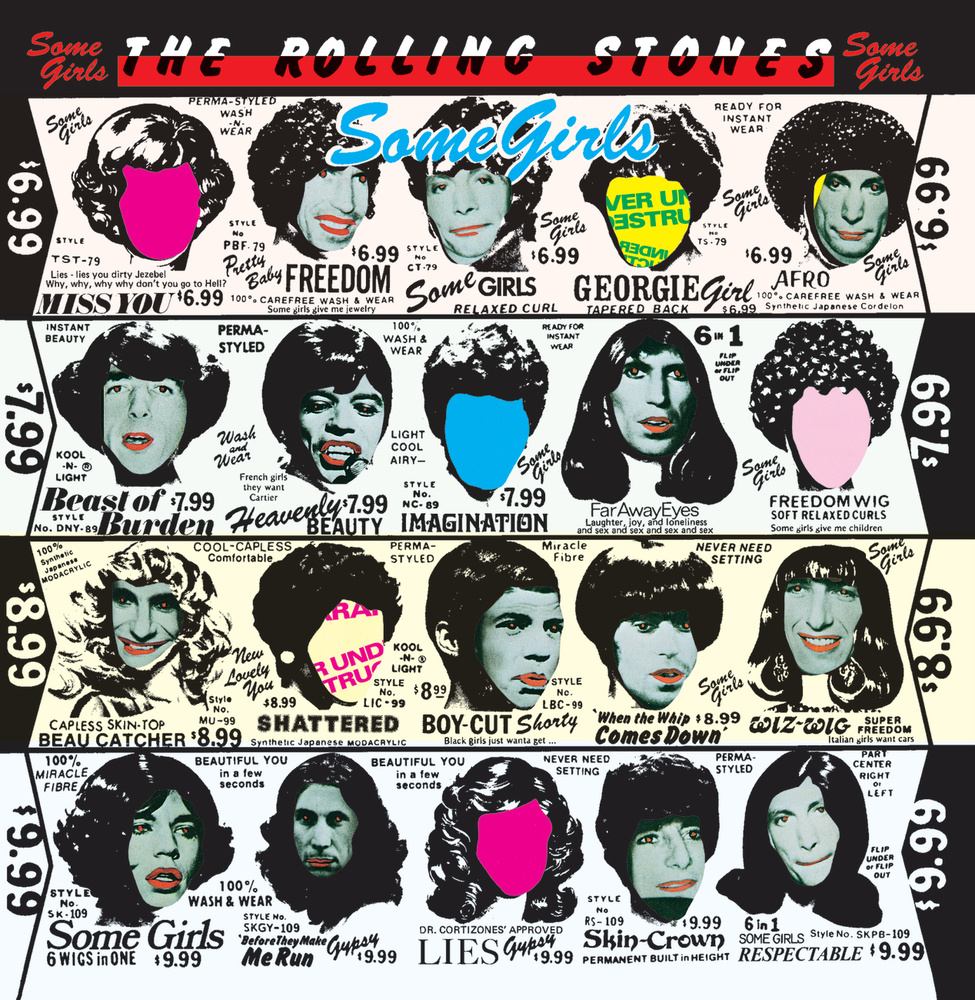 "The Stones' best album since Exile on Main Street is also their easiest since Let It Bleed or before. They haven't gone for a knockdown uptempo classic, a 'Brown Sugar' or 'Jumping Jack Flash'—just straight rock and roll unencumbered by horn sections or Billy Preston. Even Jagger takes a relatively direct approach, and if he retains any credibility for you after six years of dicking around, there should be no agonizing over whether you like this record, no waiting for tunes to kick in ... in general the abrasiveness seems personal, earned, unposed, and the vulnerability more genuine than ever."
- The Village Voice

Some Girls is the 14th British and 16th American studio album by the Rolling Stones, released in 9 June 1978 on Rolling Stones Records. It was the first album to feature guitarist Ronnie Wood as a full-time member; joining founder members Mick Jagger (vocals), Keith Richards (guitar), Bill Wyman (bass) and Charlie Watts (drums). Wood had contributed to some tracks on the Rolling Stones prior two albums and joined the band full-time in 1976.

With a stable line-up in place for the first time in several years, the album marked a return to basics for the Rolling Stones, unlike many of the prior albums there were few guest musicians. One notable contribution, however, does come from blues harmonica player Sugar Blue on "Miss You".