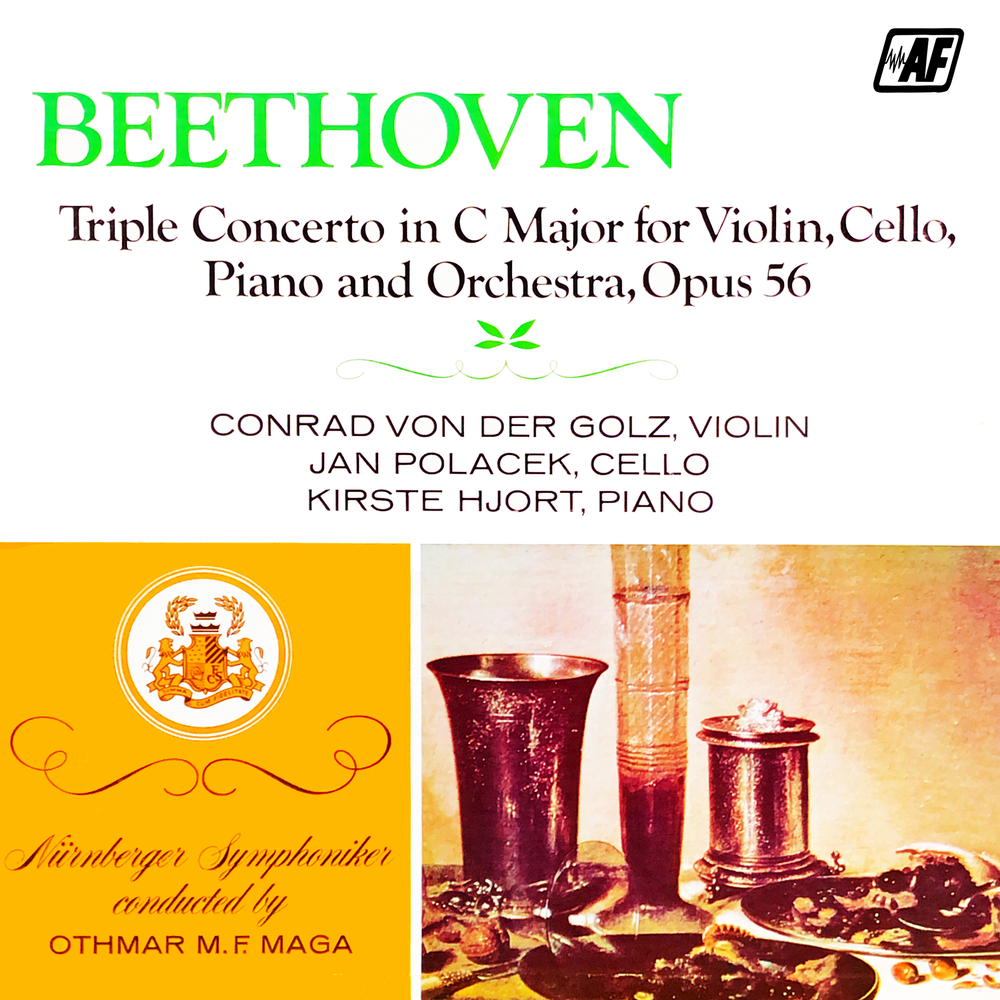 Available in 96 kHz / 24-bit AIFF, FLAC high resolution audio formats
Othmar F. M. Mága conducts the Nürnberger Symphoniker in a wonderful rendition of Beethoven's Triple Concerto in C Major. The Triple Concerto, was composed in 1803 and later published in 1804 by Breitkopf & Härtel. The choice of the three solo instruments effectively makes this a concerto for piano trio, and it is the only concerto Beethoven ever completed for more than one solo instrument. A typical performance takes approximately thirty-seven minutes. Beethoven's early biographer Anton Schindler claimed that the Triple Concerto was written for Beethoven's royal pupil, the Archduke Rudolf of Austria. Audio Fidelity presents this legacy recording in stunning modern clarity with its remastering and digital transfer process.
96 kHz / 24-bit PCM – Audio Fidelity Studio Masters