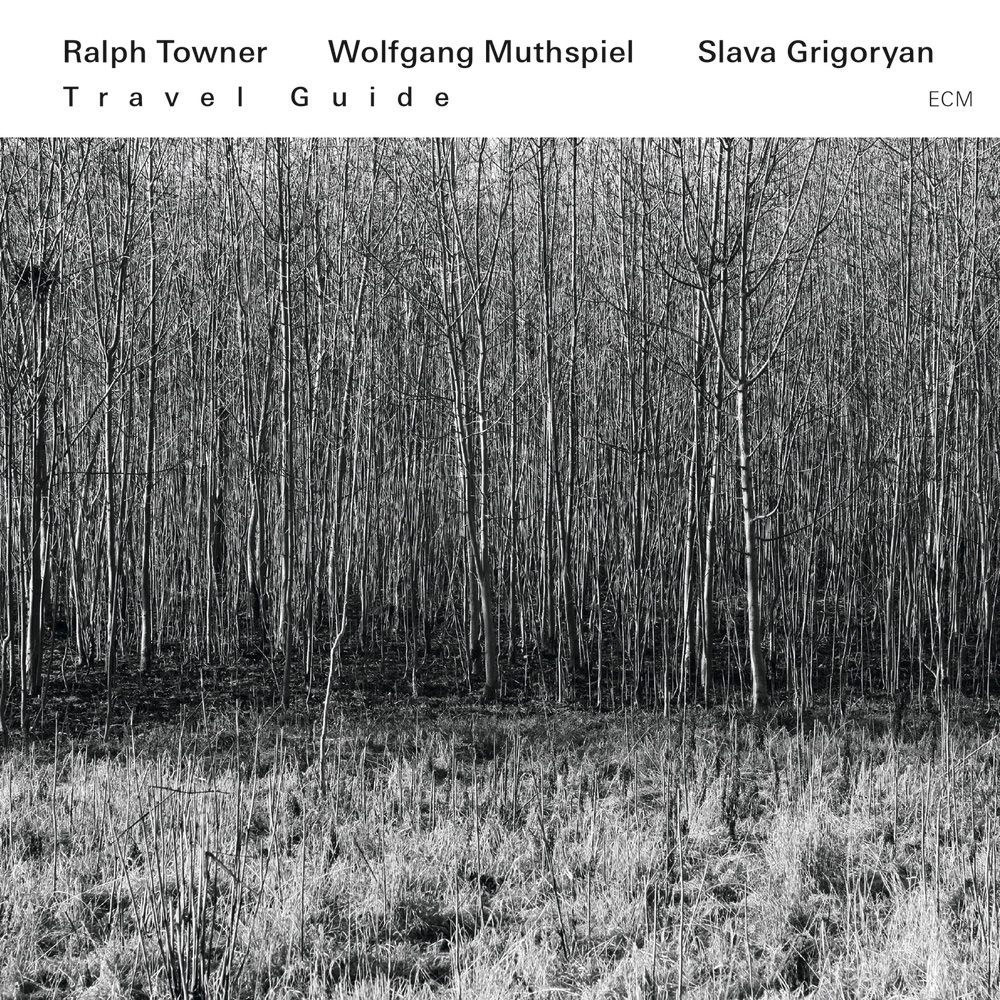 Available in 88.2 kHz / 24-bit AIFF, FLAC high resolution audio formats
"The diversity of alluring sonorities is extraordinary. It is hard to think of a recent jazz recording prettier than Travel Guide. Pretty is not the same as soft." - JazzTimes.com "A guitar fan's delight, but also a warmly inviting collection of song-shaped pieces for three very different practitioners ... these three phrase in their own ways and Muthspiel's electric sound contrasts with the acoustic instruments of his partners throughout. - The Guardian An international summit meeting of guitarists, Travel Guide brings together American Ralph Towner, Austrian Wolfgang Muthspiel and Kazakhstan-born, Australia-raised Slava Grigoryan. The three musicians first worked together in 2005, initially for concerts in Australia and have since toured widely. What all three guitarists share is a strong feeling for structure, a sense for lyrical improvisation and a feeling for space, harnessing instrumental technique to very graceful musical ends. Repertoire features five compositions by Towner and five by Muthspiel.
88.2 kHz / 24-bit PCM – ECM Records Studio Masters