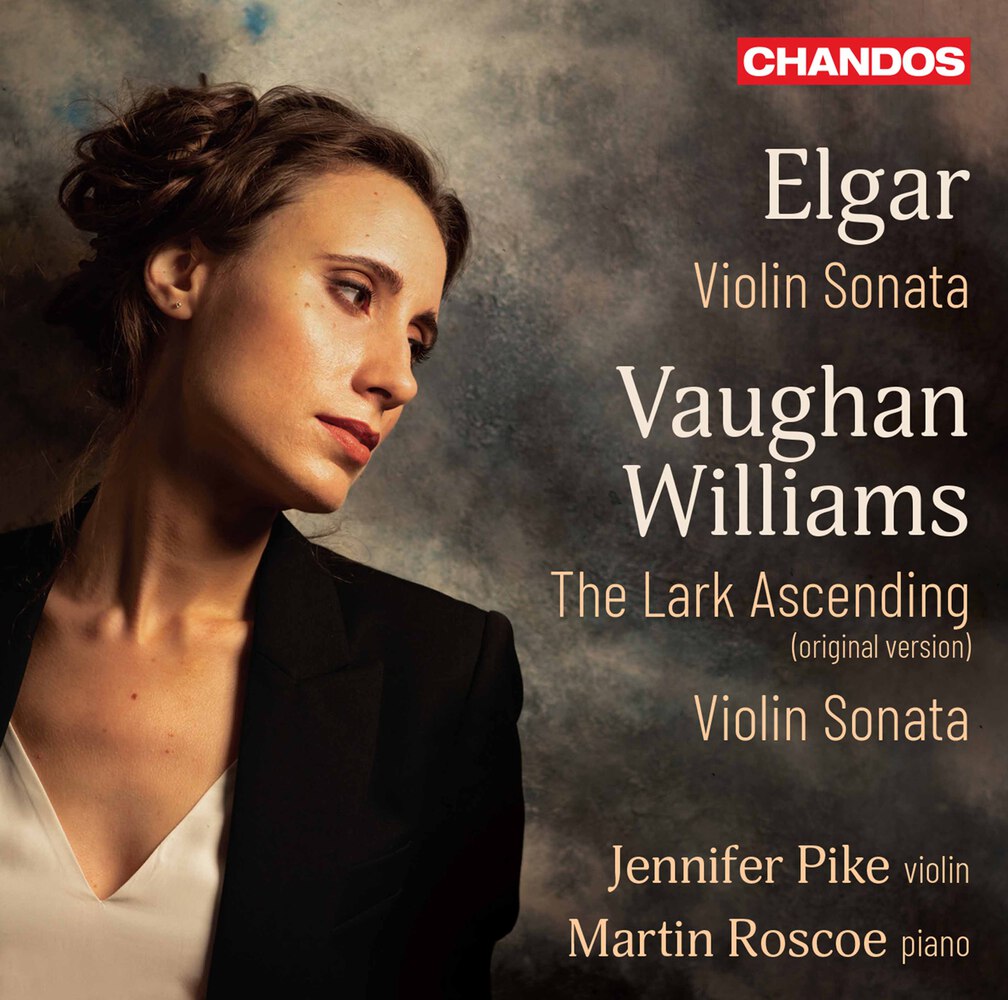 Following the success of her last album, The Polish Violin, Jennifer Pike now turns to a programme of English music that represents an essential part of her musical make-up. It was the music of Elgar that first drew her to the violin, and "The Lark Ascending" has featured in her programming - in many versions – throughout her career. Here we have the original version for Violin and Piano from 1914, much less frequently played than the ‘standard’ orchestral version, but fascinating for the new light it shines on such a well-known piece. Writing it against the backdrop of the First World War, Vaughan Williams took both inspiration and the title from a poem by George Meredith. Although his first sketches for a Violin Sonata date from 1887, Elgar’s Violin Sonata is one of the four late masterpieces that Elgar composed in 1918 – 19, at Brinkwells in Sussex in his final creative flush. As with "The Lark", this work was composed under the shadow of the Great War.

Like Elgar, Vaughan Williams wrote his only Violin Sonata towards the end of his life. Representing a culmination of the development of his compositional style, he weaves fantasy and pastoralism into the strictures of sonata form.

Jennifer Pike is joined for this album by one of her regular musical partners, the pianist Martin Roscoe.
96 kHz / 24-bit PCM – Chandos Studio Masters