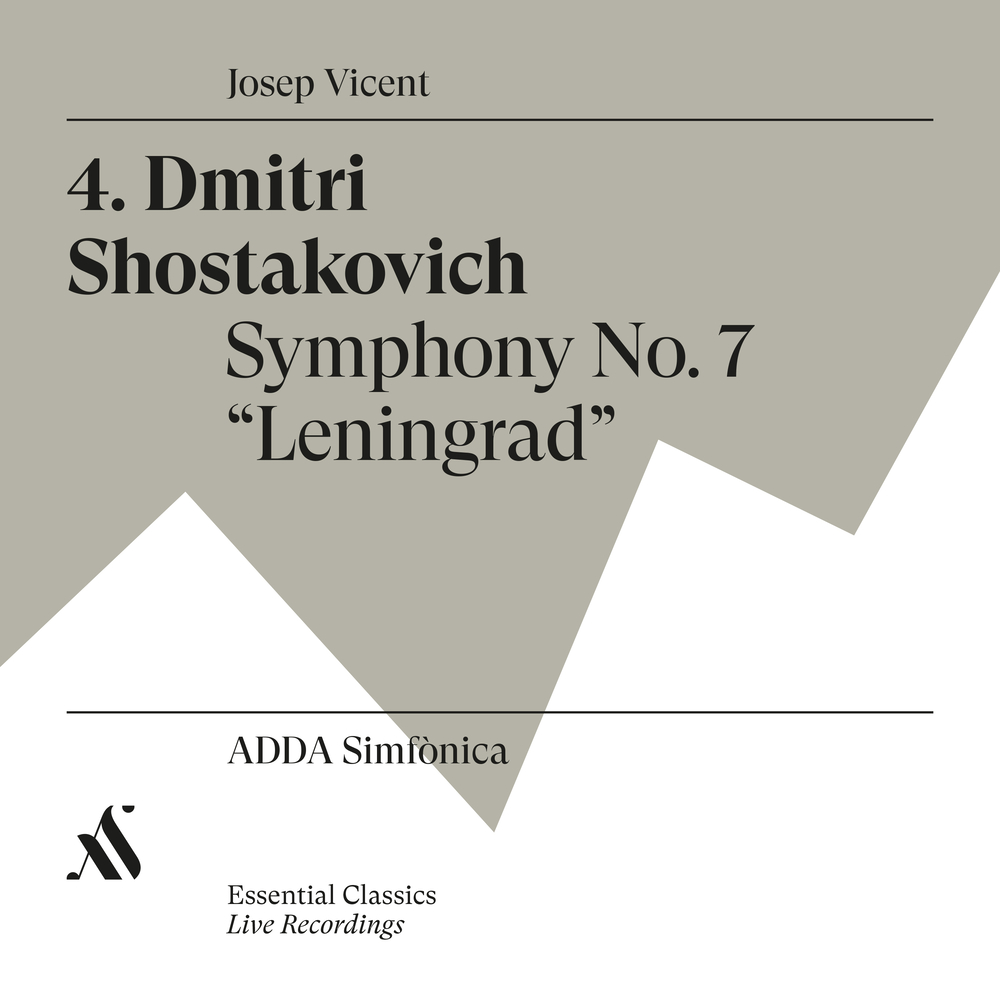 Available in 48 kHz / 24-bit AIFF, FLAC audio formats
The ADDA Simfònica presents Dmitri Shostakovich's "Leningrad" Symphony, under the baton of director Josep Vicent. Symphony No. 7 in C major, Op. 60, titled Leningrad, was completed in Samara in December 1941 and premiered in that city on March 5, 1942. At first dedicated to Lenin, it was eventually submitted in honor of the besieged city of Leningrad, where it was first played under dire circumstances on August 9, 1942, with the siege by Axis and Finnish forces ongoing. The Leningrad soon became popular in both the Soviet Union and the West as a symbol of resistance to fascism, thanks in part to the composer’s microfilming of the score in Samara and its clandestine delivery, via Tehran and Cairo, to New York, where Arturo Toscanini led a broadcast performance (July 19, 1942) and Time magazine placed Shostakovich on its cover. ADDA Simfònica was born as an eclectic group, and has been in a continuous process of evolution since ADDA began as the resident orchestra of the PROMS festival in 2016. Formed by Alicante locals and international musicians (Portugal, Poland, Tunisia, Lithuania, Venezuela, Argentina , Serbia, Russia, South Africa, Brazil) through the framework of collaboration and interpretive quality, the group has favored inter-culturality in a professional environment and the promotion of Alicante and the young musicians of the province. ADDA Simfònica has consolidated its artistic project and now presents itself as the stable orchestra of this auditorium and territory. With 43 stable solo-professors on its staff and 60 scholarship students at its academy, the ensemble is dedicated continuing the fantastic artistic and public response generated to date. They have collaborated with soloists and composers such as David del Puerto, Orfeó Valenciá, Michael Nyman, Juan Echanove, Joaquín Achúcarro and the choreographer Igor Yebra.
48 kHz / 24-bit PCM – Produccions BLAU S.L Studio Masters