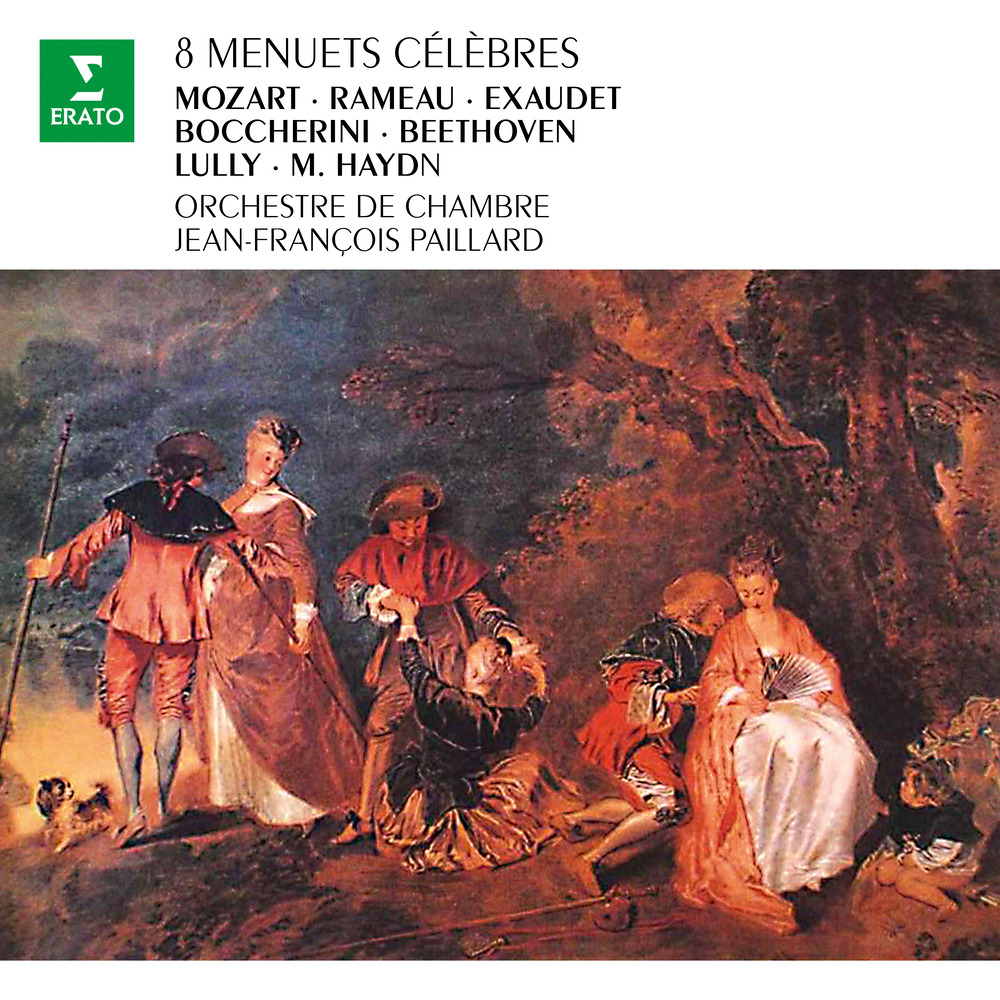 Available in MQA and 192 kHz / 24-bit, 96 kHz / 24-bit AIFF, FLAC high resolution audio formats
Jean-François Paillard and his chamber orchestra perform a programme of 8 Menuets célèbres, featuring Menuets from the great composers including Mozart, Boccherini, and Exaudet. The chamber orchestra of Paillard is perhaps best known from their 1968 recording of Pachelbel's "Canon", which nearly single-handedly brought the piece from obscurity into great renown. The ensemble has made recordings of much of the Baroque repertoire for Erato Records and has toured throughout Europe and the United States. It has also recorded with many leading French instrumentalists, including Maurice André, Jean-Pierre Rampal, Pierre Pierlot, Lily Laskine.
192 kHz / 24-bit, 96 kHz / 24-bit PCM – Warner Classics Studio Masters