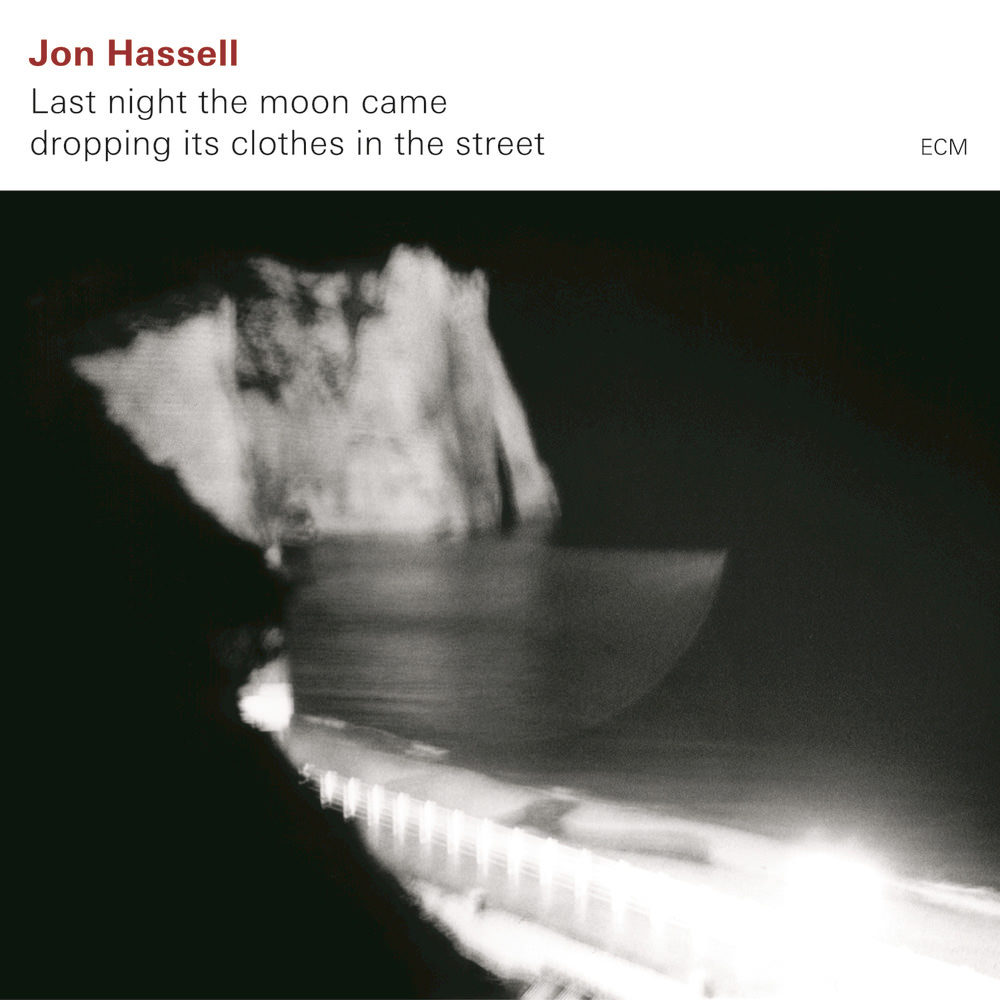 Last Night The Moon Came Dropping Its Clothes In The Street

Available in 44.1 kHz / 24-bit AIFF, FLAC audio formats
"... offers up an impeccable sound world which gradually reveals a sense of deeply meditative interaction from a group of individuals listening intently to one another. The music repays similar attention from the listener." - BBC Music "Four Stars ... this is no ordinary listening experience. It's an album that slips under the radar of conventional listening: not jazz, though it's largely improvised; easy to absorb, yet not at all dumbed down. You can lose yourself in the leisurely (but never static) title track ... subtly mixed, the tracks recorded sound quite magical." - The Guardian Recorded in 2008, Last Night The Moon Came Dropping Its Clothes In The Street marks the return to ECM for trumpeter and electronic music pioneer Jon Hassell after a 20-year absence. The album, which takes its title from 13th century Persian poet Rumi, is atmospheric, blending world music influences with electronics and Hassell's unique trumpet style.
44.1 kHz / 24-bit PCM – ECM Records Studio Masters