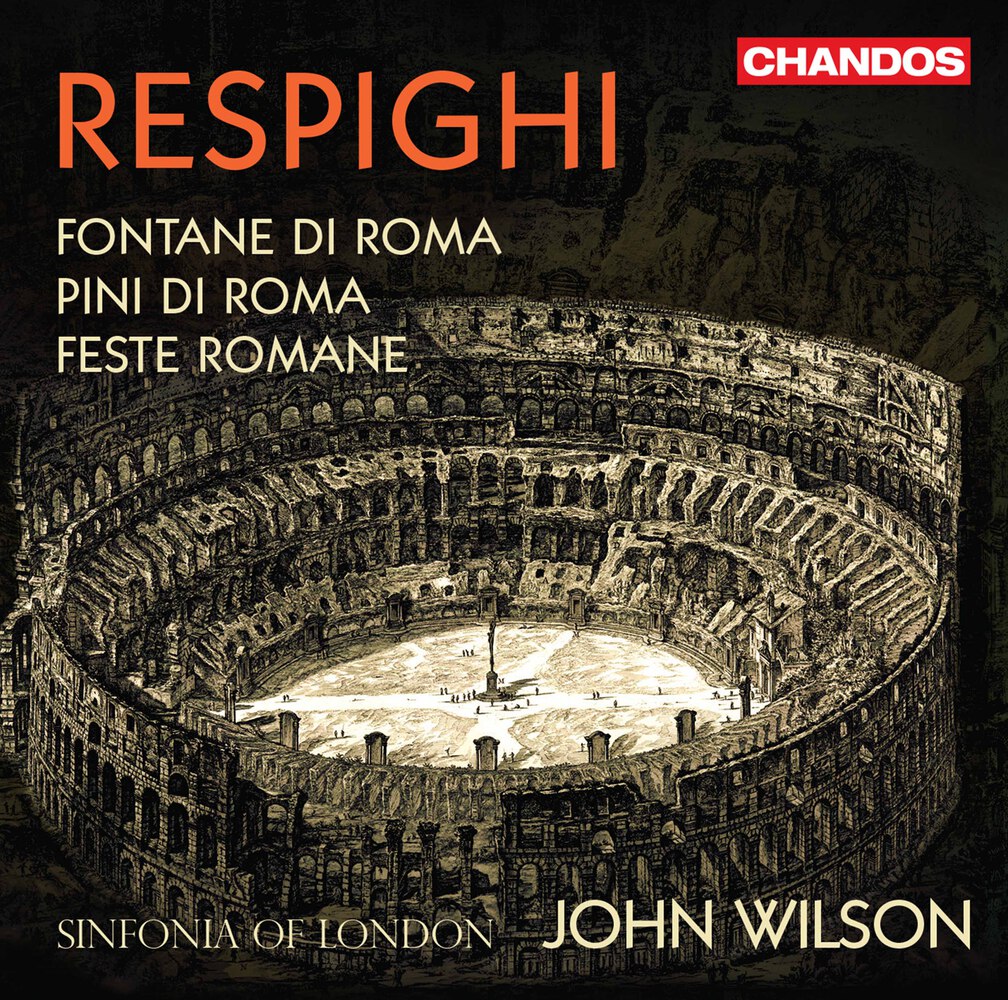 Following the widespread critical acclaim of their first two recordings – including a BBC Music Magazine Award – John Wilson and the Sinfonia of London turn to Respighi’s Roman Trilogy for their third release. Born in Bologna in 1879, Respighi trained as a violinist and composer, and travelled extensively. His influences are therefore wide-ranging, from Richard Strauss and Debussy to Rimsky-Korsakov (who taught him orchestration) in addition to a love of – and fascination with – Plainsong and music of the Italian baroque.

"Fountains of Rome" was the first of these three great tone poems, composed between 1913 and 1916, and inspired by a series of photographs given to him by the artist Edita Broglio. Intensely programmatic, the work sees Respighi setting out to evoke ‘sentiments and visions suggested… by four of Rome’s fountains contemplated at the hour in which their character is most in harmony with the surrounding landscape, or in which their beauty appears most impressive to the observer’. "Pines of Rome" was completed in 1924 – a particularly turbulent time in Italy, following Mussolini’s appointment as Prime Minister, in 1922. Like "Fountains", the work is explicitly programmatic, set in four sections, and calling for extremely large orchestral forces – including a gramophone recording of a nightingale in the third movement.

"Roman Festivals" was premiered in 1928 by the New York Philharmonic under Toscanini, who was a great supporter of Respighi and regularly performed his works throughout his career. Again, in four parts, Festivals calls for the largest orchestration of all, including a vast array of percussion as well as organ, four-hand piano and mandolin.

Despite some negative criticism (particularly in the UK) when they were first introduced, these works have found favour with concert goers around the world and been regularly performed ever since – indeed, they have perhaps proven much more highly valued by conductors and audiences than by the critics!
96 kHz / 24-bit PCM – Chandos Studio Masters