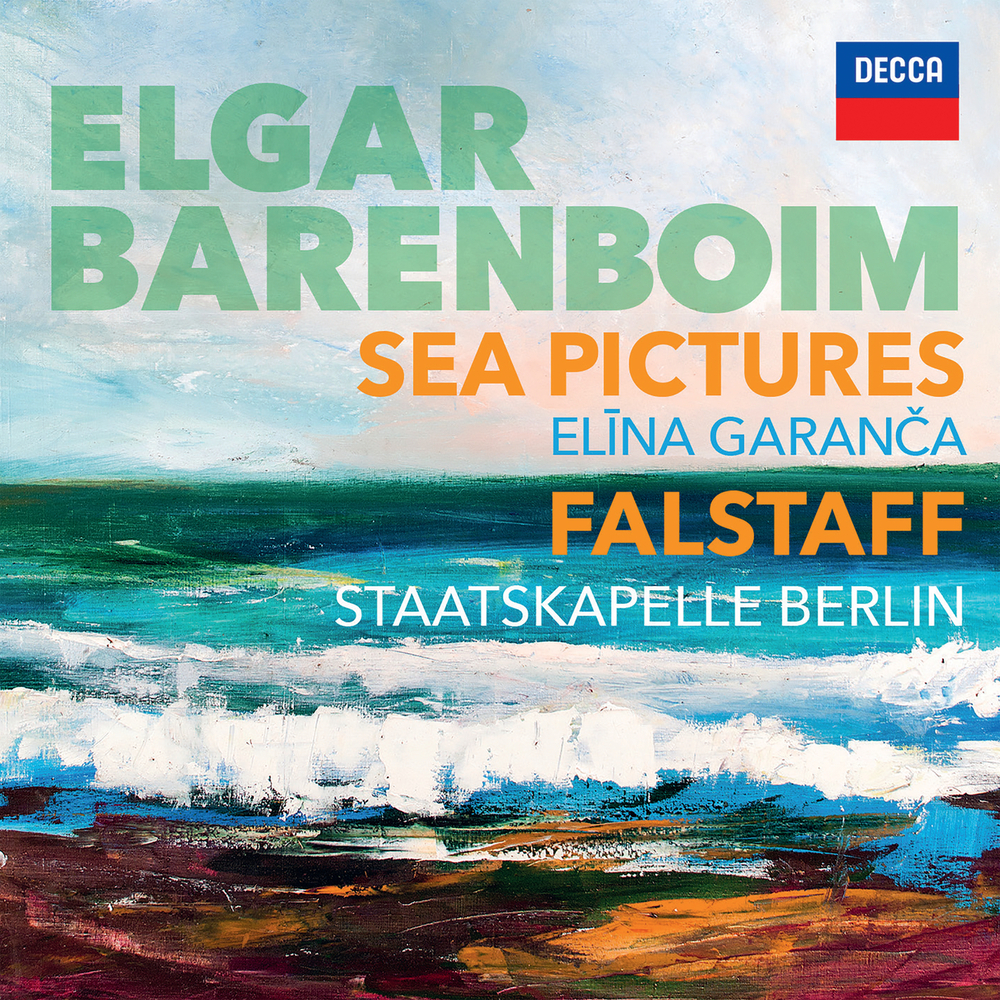 Available in 96 kHz / 24-bit AIFF, FLAC high resolution audio formats
Daniel Barenboim has released the next album in his acclaimed Elgar series, Sea Pictures / Falstaff, recorded live in December 2019 with the Staatskapelle Berlin and Latvian soprano Elīna Garanča. Elgar composed "Sea Pictures" during the summer of 1899 in the weeks after the successful premiere of the "Enigma Variations" which brought him to national prominence. "Sea Pictures" is a song cycle for voice and orchestra consisting of five songs, based on five poems by different authors, about the sea. Elgar, with his wide knowledge of literature, took immense care in choosing the five poems. He composed "Sea Pictures" for the acclaimed contralto Clara Butt who gave the premiere at the Norwich Festival in October 1899 dressed as a mermaid! Of all Elgar’s major works "Falstaff" gave him the most pleasure to write and he thought it was his finest orchestral piece. He told a reporter: “I have, I think, enjoyed writing it more than any other music I have ever composed … the hours I have spent on it have brought me a great deal of happiness.” Elgar called "Falstaff" a “symphonic study”: “symphonic” because like a symphony it is founded on motivic development and long-range tonal planning; “study” because it amounts to a character-study of Shakespeare’s Sir John Falstaff. “Falstaff is the name,” Elgar wrote, “but Shakespeare – the whole of human life – is in the theme.”
96 kHz / 24-bit PCM – Decca Music Group Studio Masters