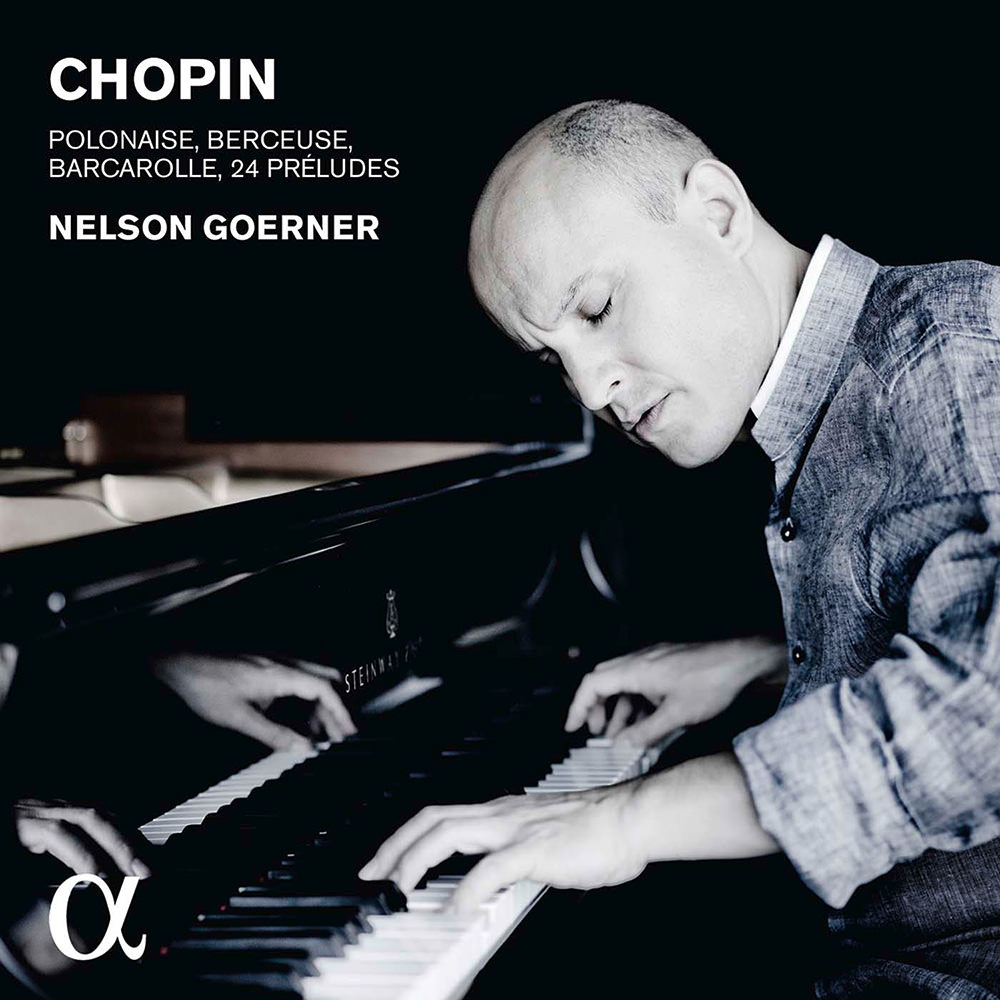 Available in 88.2 kHz / 24-bit AIFF, FLAC high resolution audio formats
"... can only solidify Goerner's reputation as one of the outstanding Chopin exponents of his generation ... his interpretations are never less than original, deeply considered and filled with characteristic detail. That they also exhibit rare qualities of wisdom and discernment make him someone to return to, again and again." - Gramophone With this album, Nelson Goerner returns to the composer responsible for launching his career, Chopin. Goerner's first Chopin recordings won him high praise, countless distinctions and an international audience. Nicknamed "the great poet of the piano," Goerner attacks Chopin’s 24 Préludes here, which he chose to record live, in a single go, in August 2015 in Poland, where he is particularly appreciated and considered an essential pillar of the Chopin Institute. Three additonal Chopin pieces, also recorded live, lead into the 24 Préludes.
88.2 kHz / 24-bit PCM – Alpha Studio Masters