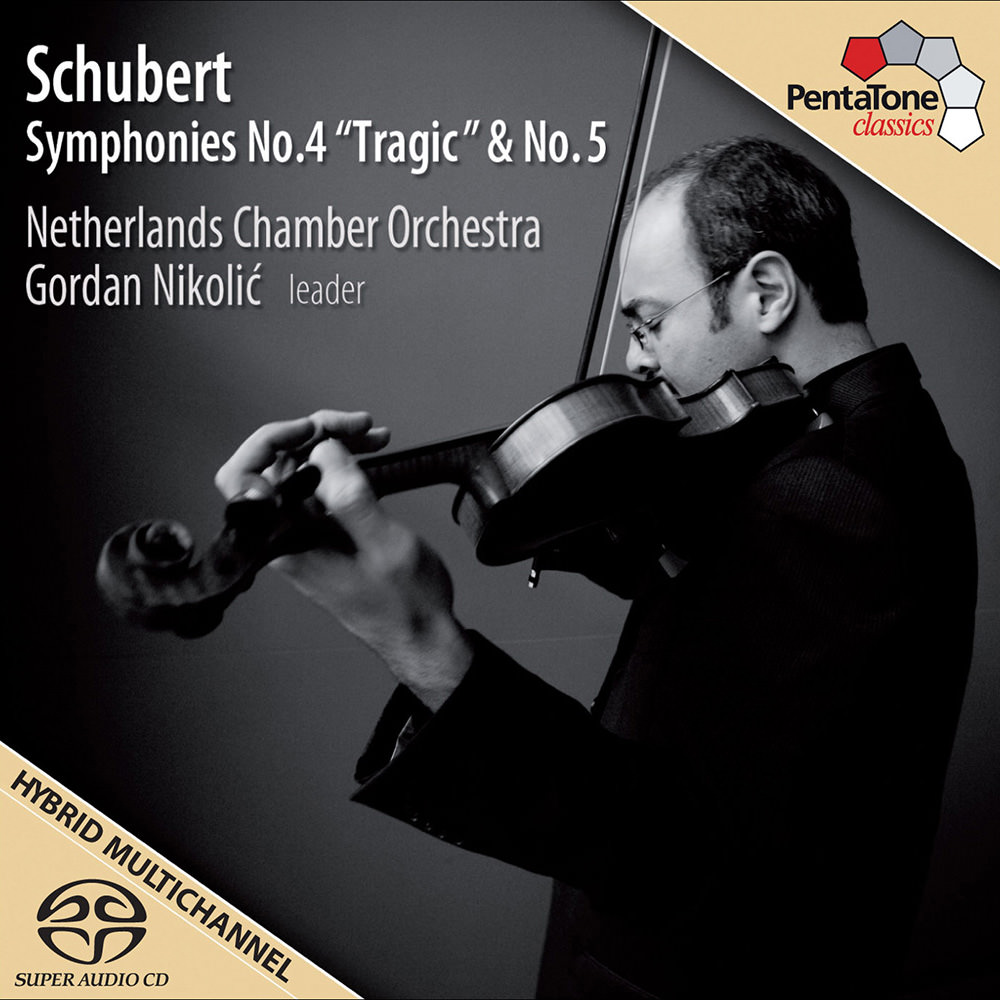 Available in 96 kHz / 24-bit AIFF, FLAC and 2.8224 MHz DSD high resolution audio formats
"... serious, substantial pieces and it's always good to have the opportunity to hear them in performances that make exactly this point. Warm, clean sonics ... solid, musicianly, certainly not lacking in good ideas about how the music should go." - ClassicsToday.com "I found Nikolić's readings to be well thought out and each had a nice progression from first movement to last, each movement adding more interest to lead to satisfying conclusions ... (they) hold up well with repeated playing. The PentaTone sonics have a pleasant transparency on two channel equipment ..." - Fanfare "... Nikolić and the Netherlands Chamber Orchestra play with both intensity and charm; there is the sense of live music making in the results ... there are excellent wind and horn solos to be heard. PentaTone’s high resolution recording is very fine ... there is a wide dynamic range, the recording reproducing both the fortissimos and the strings’ pianissimos realistically." - Audiophile Audition Violinist and conductor Gordan Nikolić leads the Netherlands Chamber Orchestra on this highly-praised recording of two contrasting Schubert symphonies, noted by several critics for its superb audio quality in addition to performances of the highest calibre.
96 kHz / 24-bit PCM and 2.8224 MHz DSD – PentaTone Studio Masters