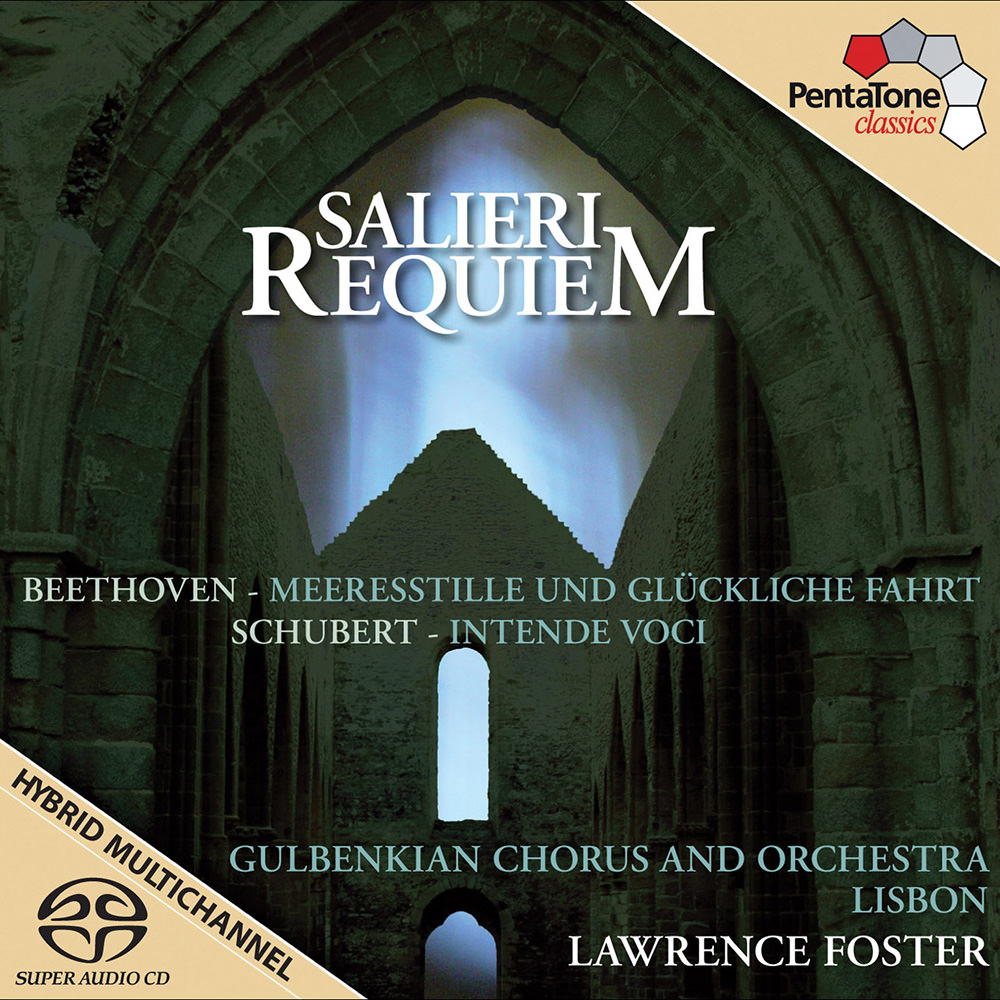 "... Foster chooses convincing tempi and relishes the intermittent opportunities for drama in the Sequence ... the chorus, topped by a youthful, unwobbly soprano line, sing with fresh, well-knit tone; the solo quartet, with little to challenge them, blend agreeably ..."
- Gramophone

"... the highlight is the miraculous late Schubert work. Its textures and harmonies are both original and memorable: so much packed into a work of under ten minutes in length ... well worth exploring for those with any interest in the composers represented."
- MusicWeb International

Lawrence Foster conducts the Gulbenkian Chorus and Orchestra of Lisbon on this performance of Antonio Salieri's Requiem in C Minor, one of the only recorded versions of this piece, composed for his own funeral. Salieri was a contemporary of Mozart’s and one of the most influential composers of his time who became a household name due to the movie Amadeus, in which he is portrayed by F. Murray Abraham. Completing this programme are works by Beethoven and Schubert, who were both students of Salieri.
96 kHz / 24-bit PCM and 2.8224 MHz DSD – PentaTone Studio Masters