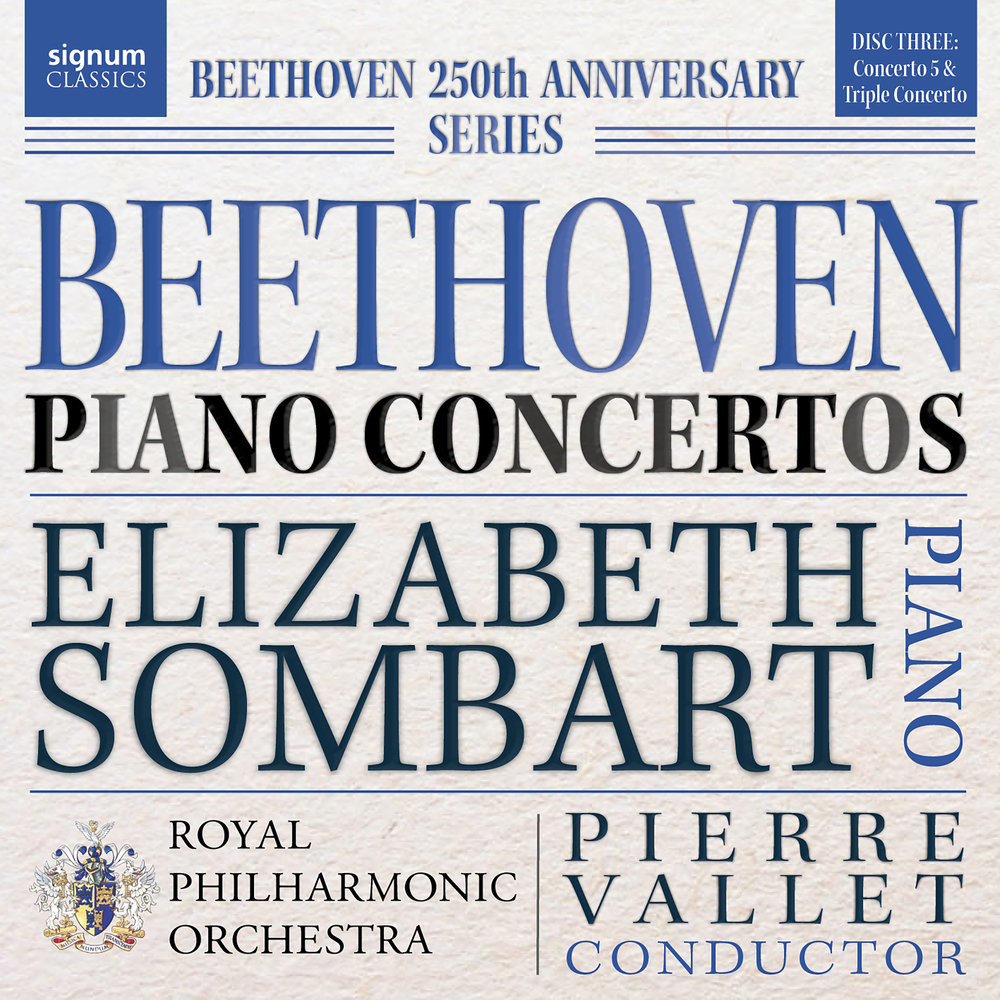 Available in 192 kHz / 24-bit, 96 kHz / 24-bit AIFF, FLAC high resolution audio formats
Born in Strasbourg, Elizabeth Sombart studied piano from the age of seven. She studied all over the world with various teachers, including Bruno-Leonardo Gelber, Peter Feuchtwanger, Hilde Langer-Rühl and Sergiu Celibidache. Elizabeth received the rank of Chevalier de l’Ordre National du Mérite in 2006 and then was awarded the Chevalier de l’Ordre des Arts et des Lettres in 2008, both in reference to her career in music. Elizabeth has a strong relationship with the RPO and will be continuing this Beethoven Piano Concerto cycle with them over the coming months. Beethoven is one of the single most influential figure in the history of Western music. Starting out with Mozart and Haydn as his spiritual mentors; he wrestled off the shackles of 18th century Classicism, forging uncompromising musical landscapes with a visionary intensity that left most musicians quivering in his wake. For centuries, music had lagged behind the other arts, but with Beethoven’s iron-clad will, it found itself at the cutting edge of social change. This third instalment of this series features Beethoven’s mighty 5th piano concerto as well as his ever popular triple concerto, featuring Duncan Riddell on violin and Richard Harwood on cello.
192 kHz / 24-bit, 96 kHz / 24-bit PCM – Signum Records Studio Masters