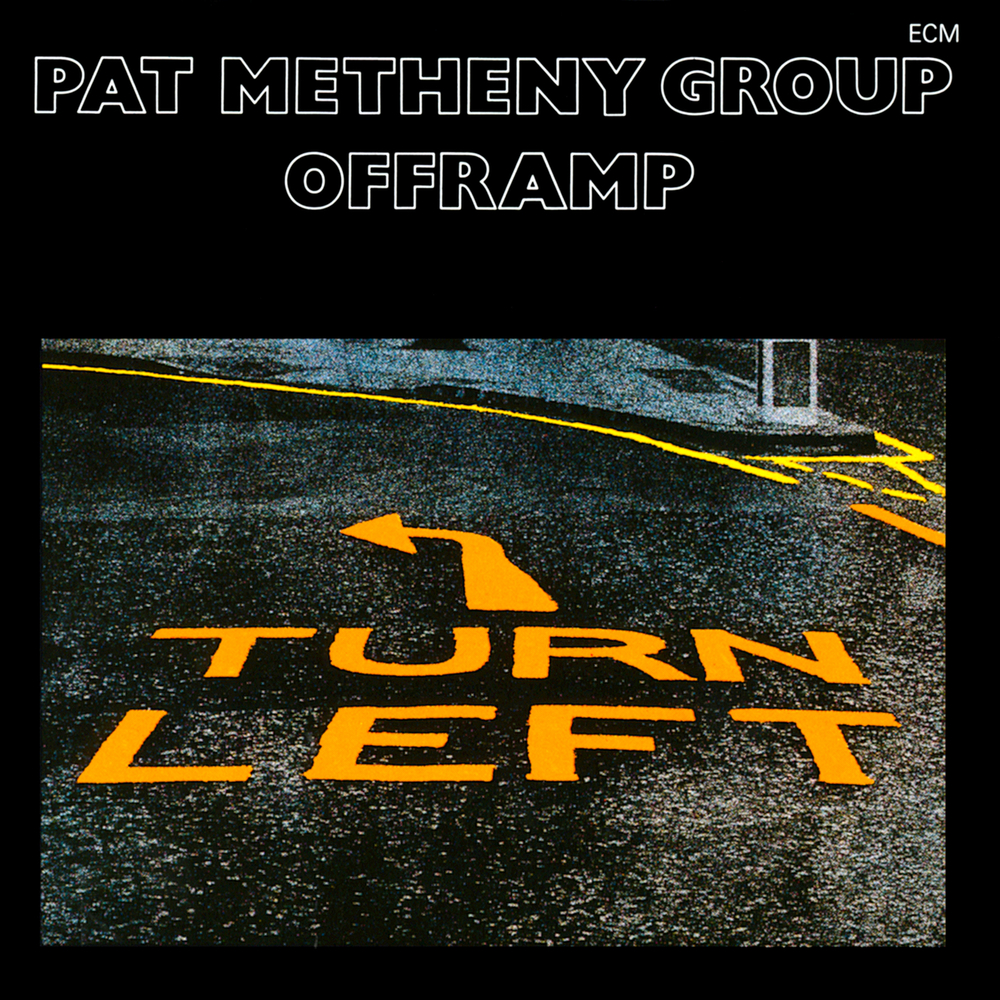 Available in 96 kHz / 24-bit AIFF, FLAC high resolution audio formats
- 25th Annual Grammy Awards - Best Jazz Fusion Performance (Winner) "Metheny is a skillful writer who, with heart in place of pen, takes a kernel of an idea and draws every imaginable root before starting in on the leaves. Like a solar eclipse, such music comes all too rarely in any given generation. The beauty of Offramp is that it always feels like the first time. Is your turn signal on yet?" - ECM: Between Sound and Space Offramp is the third album by the Pat Metheny Group, released in 1982. Offramp is the first studio album on which Metheny used a guitar synthesizer, a Roland GR-300 controlled with a Roland G-303 guitar synthesiser controller. The guitar synthesizer became one of Metheny's most frequently used instruments. Bassist Mark Egan was replaced by Steve Rodby, who remained with the Group well into the 2000s and became an important partner in the compositional and production processes between Metheny and Mays.fframp is also the first Group album to feature vocals, which became a fundamental component of the band's sound.
96 kHz / 24-bit PCM – ECM Records Studio Masters