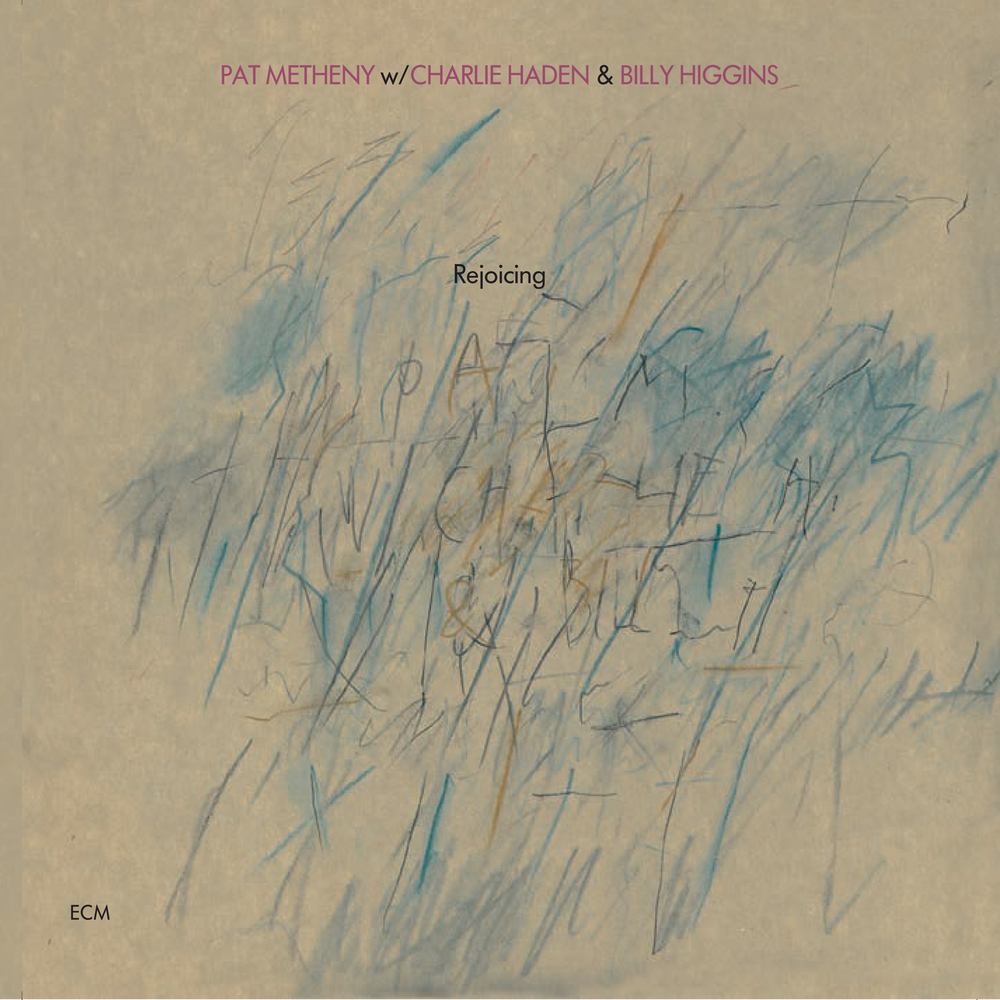 "Those of you who, like me, hold Bright Size Life in high esteem as one of Pat Metheny’s best can take comfort in this, his second trio album for ECM, even if the presence of Ornette Coleman’s onetime rhythm section of bassist Charlie Haden and drummer Billy Higgins creates an entirely different result. As on the scratched cover, the names are distinct to a careful eye, but eventually comingle into a unified sound that bubbles with color and shades of intensity."
- ECM: Between Sound and Space

Rejoicing is an album by the guitarist Pat Metheny that was released in 1984 by ECM. It features the guitarist in a trio with Charlie Haden on bass and Billy Higgins on drums, both of whom played and recorded with Ornette Coleman in the late 1950s and early 1960s. In addition to his own compositions, Metheny plays three compositions by Coleman, and Horace Silver's "Lonely Woman".
96 kHz / 24-bit PCM – ECM Records Studio Masters