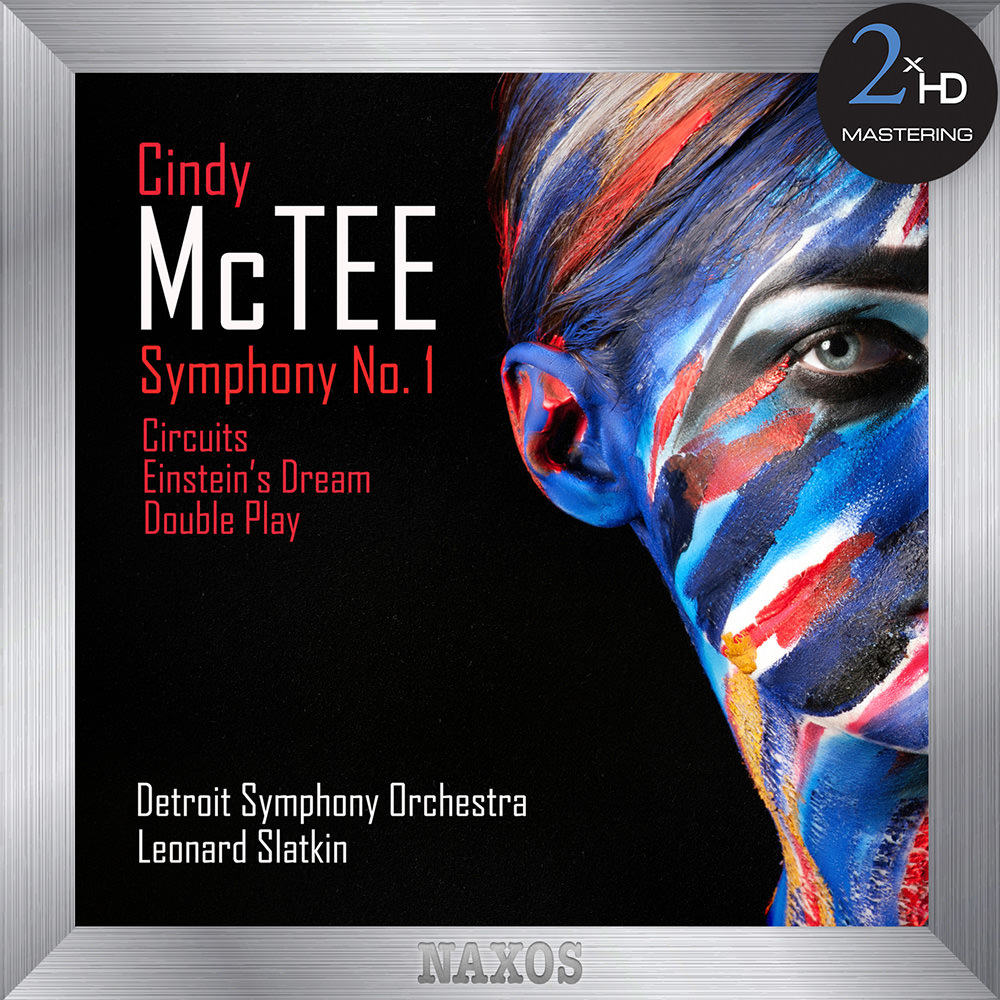 "... certainly deserves the attention of anyone who is not hopelessly averse to modern works. The playing and recording are first rate ... I found all the pieces well worth hearing."
- MusicWeb International

Leonard Slatkin and the Detroit Symphony Orchestra present this album, recorded live in 2010 and 2012, showcasing works by contemporary American composer Cindy McTee that embody the musical and cultural energy of modern day America. Her Symphony No. 1 is smartly assembled with diverse ideas that unfold naturally within an orchestral fabric, taking full advantage of the ensemble’s colouristic range. The use of computer music in Einstein’s Dream lends sonic complexity to a piece that celebrates the scientist’s work on quantum theory. The final piece, Double Play, was commissioned by the Detroit Symphony Orchestra.
96 kHz / 24-bit PCM and 5.6448 MHz, 2.8224 MHz DSD – 2xHD - Naxos Studio Masters

This album was mastered using our 2xHD proprietary system. In order to achieve the most accurate reproduction of the original recording we tailor our process specifically for each project, using a selection from our pool of state-of-the-art audiophile components and connectors.The process begins with a transfer to analog from the original 24bits/96kHz resolution master, using cutting edge D/A converters. The analog signal is then sent through a hi-end tube pre-amplifier before being recorded directly in DXD using the dCS905 A/D and the dCS Vivaldi Clock. All connections used in the process are made of OCC silver cable.
DSD and 96kHz/24Bit versions are separately generated, directly from the analog signal.