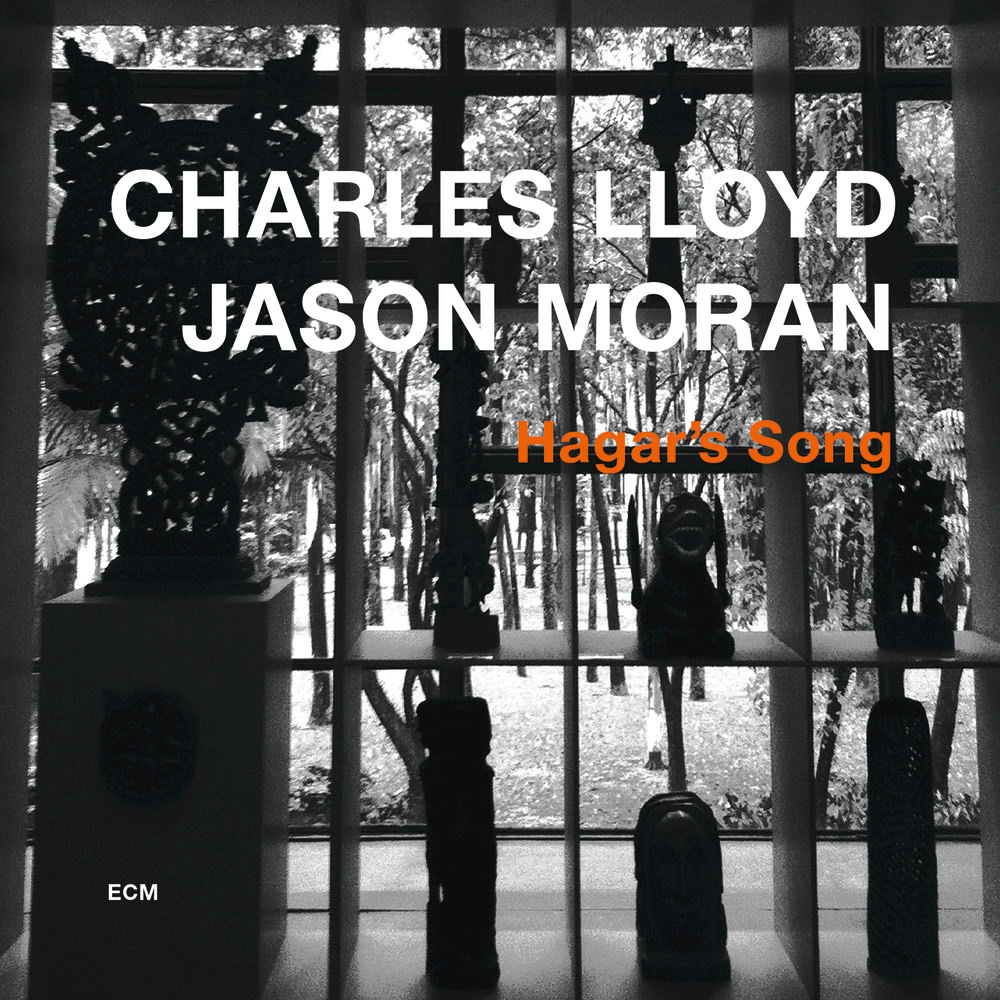 Available in 96 kHz / 24-bit AIFF, FLAC high resolution audio formats
"... an intimate closeup of his warm relationship with brilliant pianist Jason Moran ... a testament to the sonic eloquence Lloyd discovered on his comeback via ECM at the end of the '80s ..." - The Guardian "No artist is more qualified to bridge jazz standards and ’60s rock classics than Lloyd. Since staging his remarkable comeback, he has refined his tenor sound to sometimes ghostly effect, making up for his lack of lung power with his luminous intensity." - JazzTimes.com "... a special chapter in Lloyd's ECM story for the often transcendental quality of the music ... Hagar's Suite, one of Lloyd's most personal statements, may be the compositional gem in this recording, yet part of its strength derives from the contrast between its often desolate melancholy and the warm lyricism in the other compositions which frame it. The evident trust between Lloyd and Moran results in playing of boundless freedom. Together, they sprinkle a little magic dust on tunes old and new, but timeless all." - All About Jazz Hagar’s Song is an interactive duo recording from saxophonist Charles Lloyd and Jason Moran, the pianist who has been a key member of Lloyd’s latter day quartet since 2007. The album features pieces especially dear to Lloyd, ranging from compositions by Billy Strayhorn, Duke Ellington, George Gershwin and Earl Hines to a standard strongly associated with Billie Holiday (You’ve Changed), Brian Wilson’s most famous Beach Boys ballad (God Only Knows) and a Bob Dylan song definitively interpreted by The Band (I Shall Be Released), played in memory of the late Levon Helm. The centrepiece is the title suite composed by Lloyd and dedicated to his great-great-grandmother, who was taken from her home in south Mississippi at age 10 and sold into slavery. "When I learned the story of her life it moved me very deeply. The suite mirrors the stages of her life: loss of family, loneliness and the unknown, dreams, sorrow and songs to her newborn children." - Charles Lloyd
96 kHz / 24-bit PCM – ECM Records Studio Masters