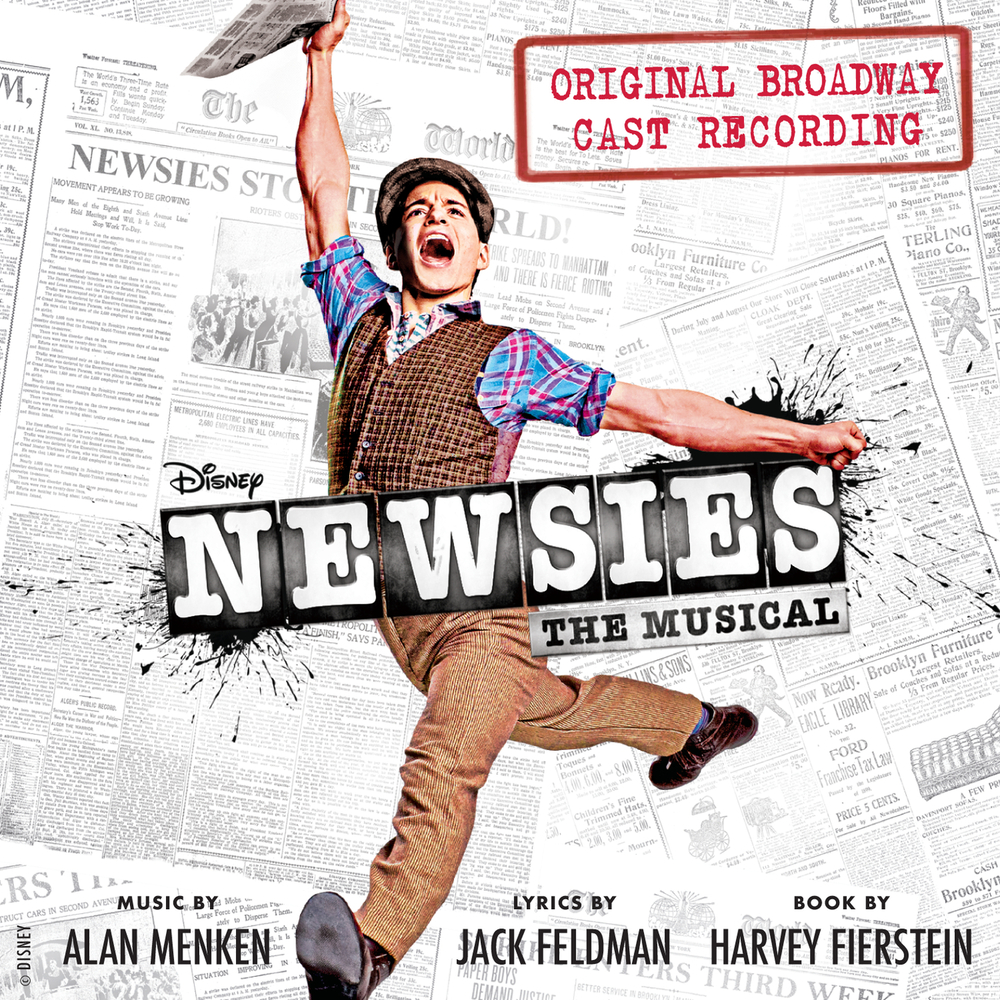 The original Broadway cast recording of the new Disney musical Newsies, which recently opened at the Nederlander Theatre, is released from Ghostlight Records.

Set in New York City at the turn of the century, Newsies is the rousing tale of Jack Kelly, a charismatic newsboy and leader of a ragged band of teenaged ‘newsies,' who dreams only of a better life far from the hardship of the streets. But when publishing titans Joseph Pulitzer and William Randolph Hearst raise distribution prices at the newsboys' expense, Jack finds a cause to fight for and rallies newsies from across the city to strike for what's right. Newsies is inspired by the real-life ‘Newsboy Strike of 1899,' when newsboy Kid Blink led a band of orphan and runaway newsies on a two-week-long action against Pulitzer, Hearst and other powerful newspaper publishers.

The stage version introduces several brand-new songs by the original team of Menken and Feldman while keeping many of the beloved songs from the film, including ‘Carrying the Banner, ‘Seize the Day,' ‘King of New York' and ‘Santa Fe.'

The film Newsies has grown into a cult phenomenon with a generation having grown up on the movie's driving, infectious score since its 1992 theatrical release and subsequent DVD. Its popularity had grown so dramatically, in fact, that the film's 2002 DVD release was solely in response to demand from its ardent fans. The film featured a screenplay by Bob Tzudiker & Noni White (Tarzan, 102 Dalmatians).
44.1 kHz / 24-bit PCM – Walt Disney Records Studio Masters