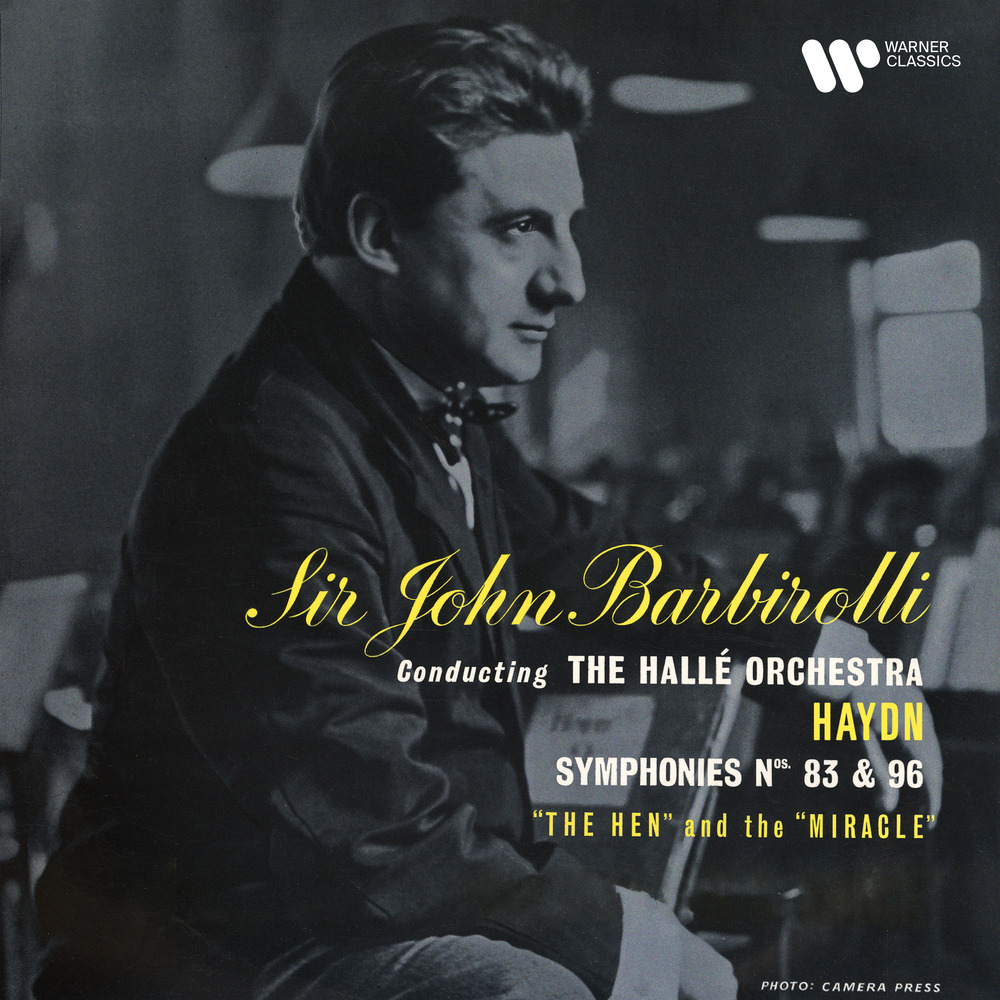 Available in MQA and 192 kHz / 24-bit, 96 kHz / 24-bit AIFF, FLAC high resolution audio formats
Sir John Barbirolli heads the Hallé Orchestra in this programme of Haydn's Symphonies Nos. 83 and 96, "The Hen" and "The Miracle". Symphony No. 83 is the second of the six Paris Symphonies (numbers 82–87) written by Haydn in 1785, its nickname comes from the clucking second subject in the first movement, which reminded listeners of the jerky back-and forth head motion of a walking hen. Symphony No. 96 was completed by Haydn in 1791 as part of the set of symphonies composed on his first trip to London. It has been called the "Miracle" symphony due to the story that, during its premiere, a chandelier fell from the ceiling of the concert hall in which it was performed. The audience managed to dodge the chandelier successfully as they had all crowded to the front for the post-performance applause Warner Classics releases this stunning recording as part of a brand new series, The Complete Warner Recordings. Spanning over 40 years, these recordings trace the career of Sir John Barbirolli, a conductor of proverbial warmth and generosity, a transformative force in British music and a legendary figure who collaborated with the greatest artists of his time. Shortly before his death in 1970 he completed a Sibelius cycle with the Hallé Orchestra, whose fortunes he had steered for nearly three decades, and among other composers closely linked with his name are Elgar, Delius, Brahms, Mozart, Mahler and Puccini. The wide-ranging contents of this landmark set, which comprises all the recordings Barbirolli made for HMV and PYE. Everything has been remastered in high definition, LP-era recordings from the original tapes, and 78-era recordings from the best available sources.
192 kHz / 24-bit, 96 kHz / 24-bit PCM – Warner Classics Studio Masters