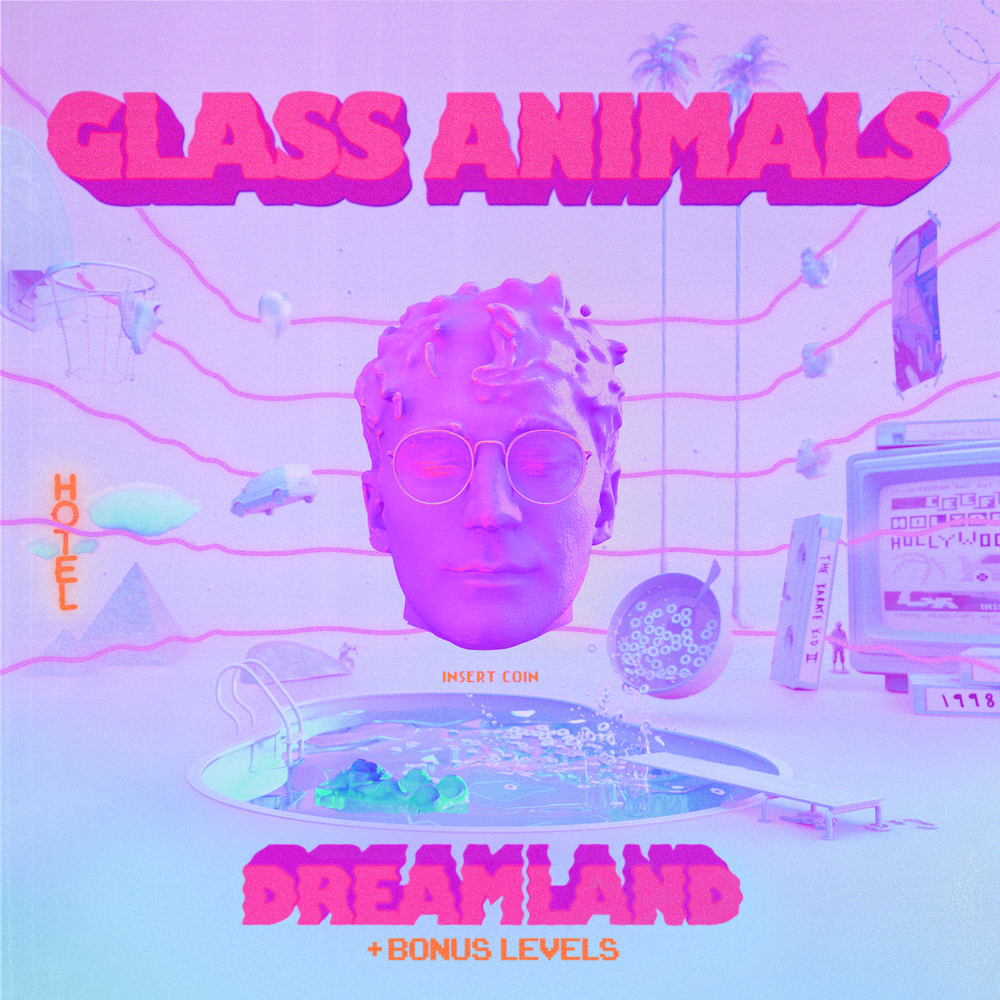 Available in 48 kHz / 24-bit AIFF, FLAC audio formats
At the beginning of the third album from London band Glass Animals, frontman Dave Bayley asks himself a series of questions about fundamental issues: identity, memory, love, friendship, the person you have been and the person you want to be. How do you answer so many questions that cut to the heart of who you are? Well, Bayley sings in the very last line, “You go make an album and call it Dreamland.” “I’ve always hated the idea of writing about myself,” says Bayley, who is Glass Animals’ singer, songwriter and producer. On Dreamland, at last, he throws off that reluctance and takes the plunge. It’s a memoir in the form of a song cycle, inspired by sonic maestros from Brian Wilson to Timbaland, and it holds nothing back. Recorded in London in 2019, Dreamland was produced by Bayley and mixed by David Wrench, Manny Maroquin and MixedbyAli, with invaluable advice from executive producer Paul Epworth. Glass Animals’ most enthralling album to date, it’s a pop record of rare scope, vision and emotional depth. So the discomfort of autobiographical songwriting was worth it, then? “I’m still quite self-conscious about it,” Bayley admits with a smile, “but it’s done now.” He went and made an album and he called it Dreamland. On this "Bonus Level" edition, the album's original tracks are features alongside two previously unreleased remixes by Shakur and Diplo.
48 kHz / 24-bit PCM – Polydor Records Studio Masters