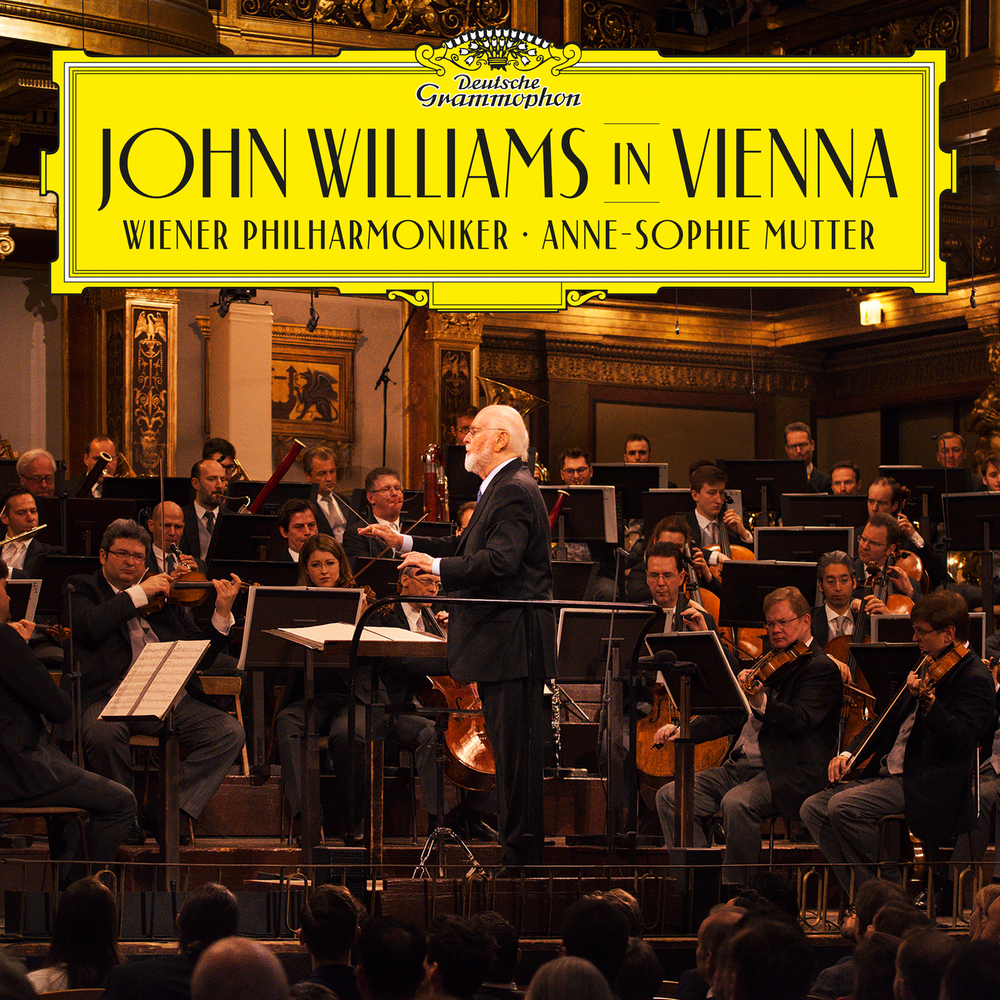 Available in 96 kHz / 24-bit AIFF, FLAC high resolution audio formats
Greeted on stage at the Musikverein with a standing ovation before a single note had been played, John Williams described the chance to work with the Wiener Philharmoniker as “one of the greatest honours of my life". During the concert Williams was joined on the Musikverein stage by Anne-Sophie Mutter to perform a series of virtuosic adaptations written specially for her by Williams, including “Hedwig’s Theme” from the Harry Potter films, “Devil’s Dance” from The Witches of Eastwick and the Theme from Sabrina. “Anne-Sophie Mutter is many things,” Williams said, as he introduced her. “She is one of the world’s greatest violinists; she is a wonderful mother; she brings honour to her country. And in going to Australia, Asia, South America, North America, Europe, she’s indeed a very great world citizen.” Now, the album is released by Deutsche Grammophon, commemorating this momentous event in high-quality digital formats.
96 kHz / 24-bit PCM – Deutsche Grammophon (DG) Studio Masters