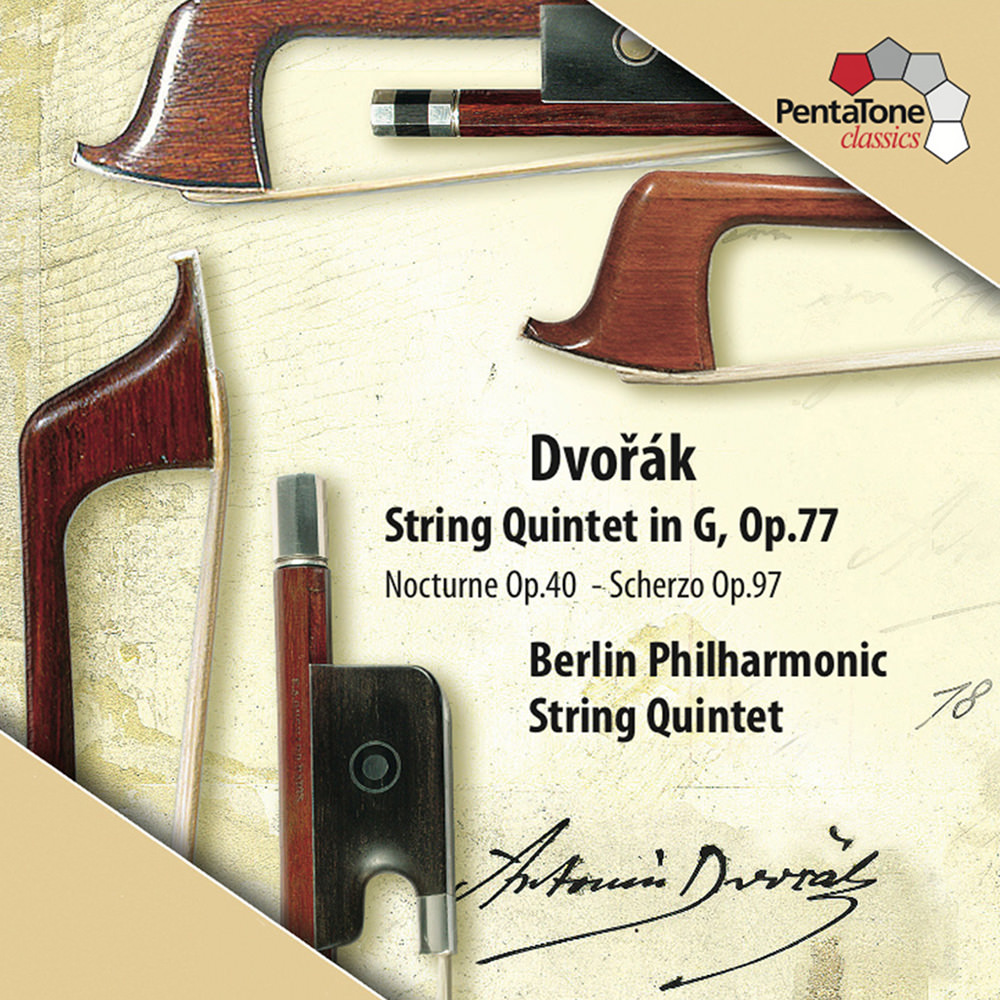 Available in 96 kHz / 24-bit AIFF, FLAC and 2.8224 MHz DSD high resolution audio formats
"Five Stars ... the Berlin Philharmonic Quintet performs superbly. The first movement has just the right sense of understatement, while they bring credible depth and vocal expressiveness to the slow movement. They develop an appropriately epic feeling in the finale, with its almost Sibelian first theme ... featuring excellent recorded sound ... well worth investigating." - BBC Music Magazine The Berlin Philharmonic String Quintet, with its unique configuration, breathes new life into this Dvorák programme: unlike other quintets, in which a traditional string quartet is augmented by either a second viola or a second cello, the additional instrument here is a double bass. Thus all five string sections of the orchestra are represented, and the Quintet is free to go beyond the conventional limits of a pure chamber music ensemble to become a formation with symphonic dimensions.
96 kHz / 24-bit PCM and 2.8224 MHz DSD – PentaTone Studio Masters