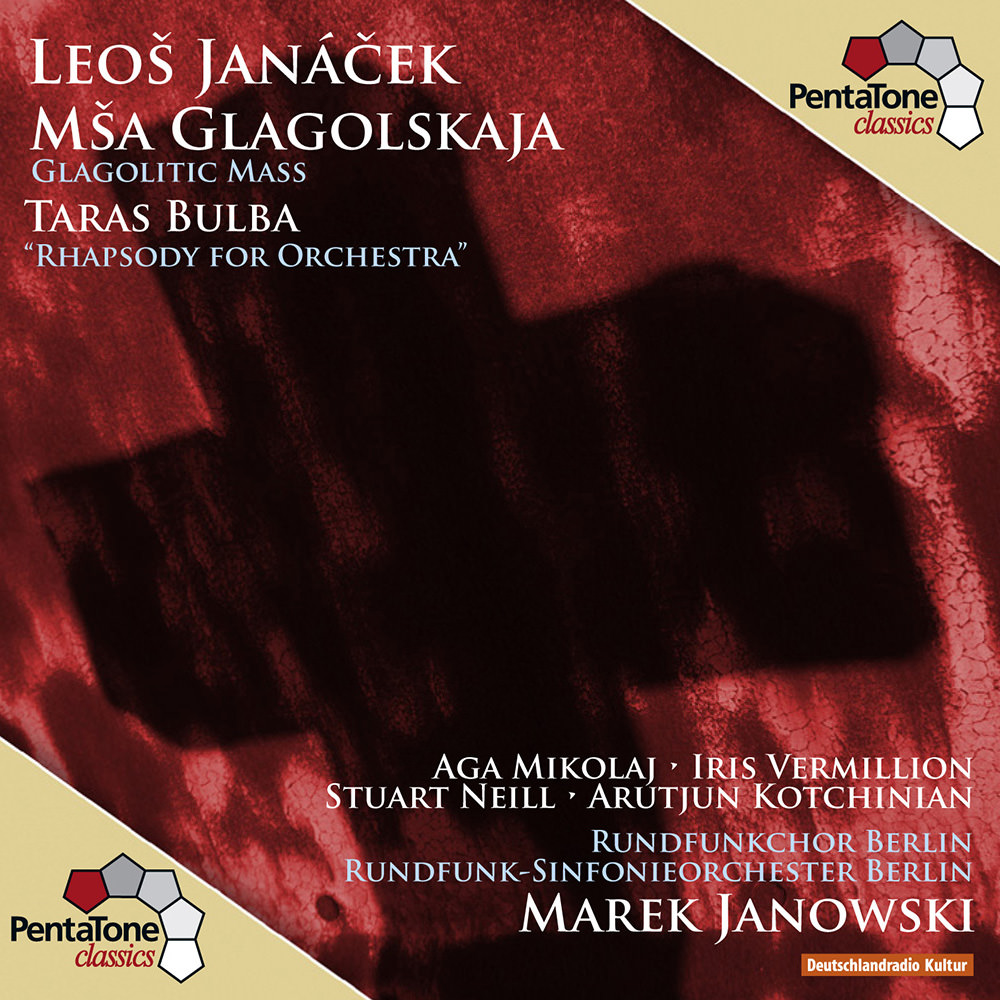 "... this is gracefully done ... the extraordinary organ solo is well played."
- Gramophone

"... Janacek's signature dotted rhythms are somewhat rounded, smoothing out the usual angularity in this music. The strings play with a beautiful warm tone ... the recording follows suit, with its warm tone ..."
- American Record Guide

"Such spectacular forces need a state-of-the-art recording and that is exactly what PentaTone has provided here. I have listened in traditional stereo and it has amazing clarity and dynamic range ... (the orchestra) play excellently under their chief lifetime conductor Marek Janowski ... also has good soloists: at least three of them. Aga Mikolaj is lyrical while Iris Vermillion is grandiose ..."
- MusicWeb International