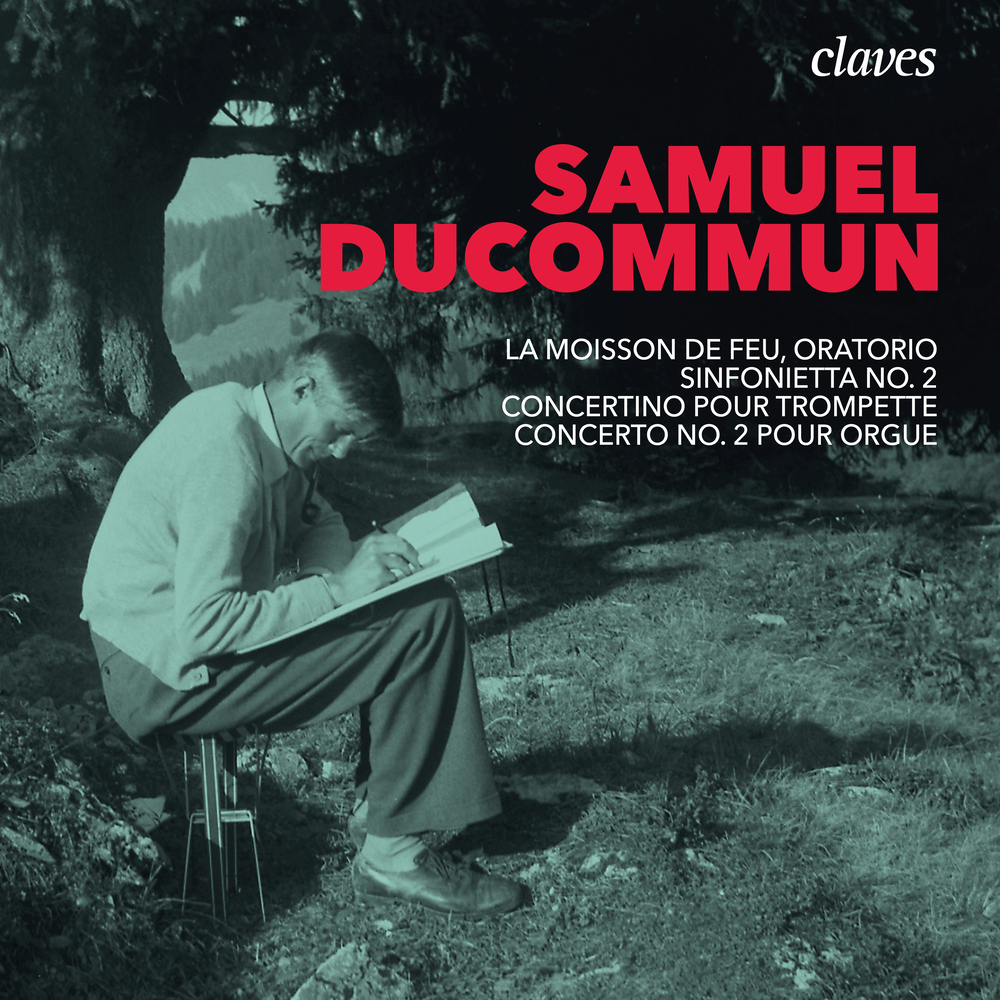 Available in 96 kHz / 24-bit AIFF, FLAC high resolution audio formats
Born in Peseux (Neuchâtel), Samuel Ducommun, a composer from Neuchâtel, studied organ first with Louis Kelterborn then Charles Faller, harmony with Charles Humbert, counterpoint and composition with Paul Benner. He later became a disciple of Marcel Dupré. Organist from 1934 in Corcelles (NE), then at the «Stadtkirche» in Biel, he moved to Neuchâtel in 1942 where he became organist at the Collegiate Church, singing teacher in schools, piano teacher at the Cantonal High School, and head of organ, harmony, analysis, counterpoint and composition classes at the Music Conservatory. As a concert artist, Samuel Ducommun has performed in many cities in Switzerland, France and Germany. In addition to the classical and romantic repertoire, his programmes have widely featured the music of the 20th century, which he has championed. As a composer from his teenage years, he produced a considerable body of work in which the organ is of course favoured, either alone or accompanying the voice or various instruments. Several religious and secular cantatas, symphonic or concertante works, and numerous chamber music scores involving various instrumental formations complete the catalogue of his works. The style and spirit of his compositions are of French inspiration, their architecture often calling upon classical forms (fugue, passacaglia, sonata form, for example). Loyal to tonal music, sometimes of modal expression, Samuel Ducommun employs polytonality or even atonality without any preconceived theory. He has managed to find his own personal musical language, which neither wants to imitate anyone nor deny his origins.
96 kHz / 24-bit PCM – Claves Records Studio Masters