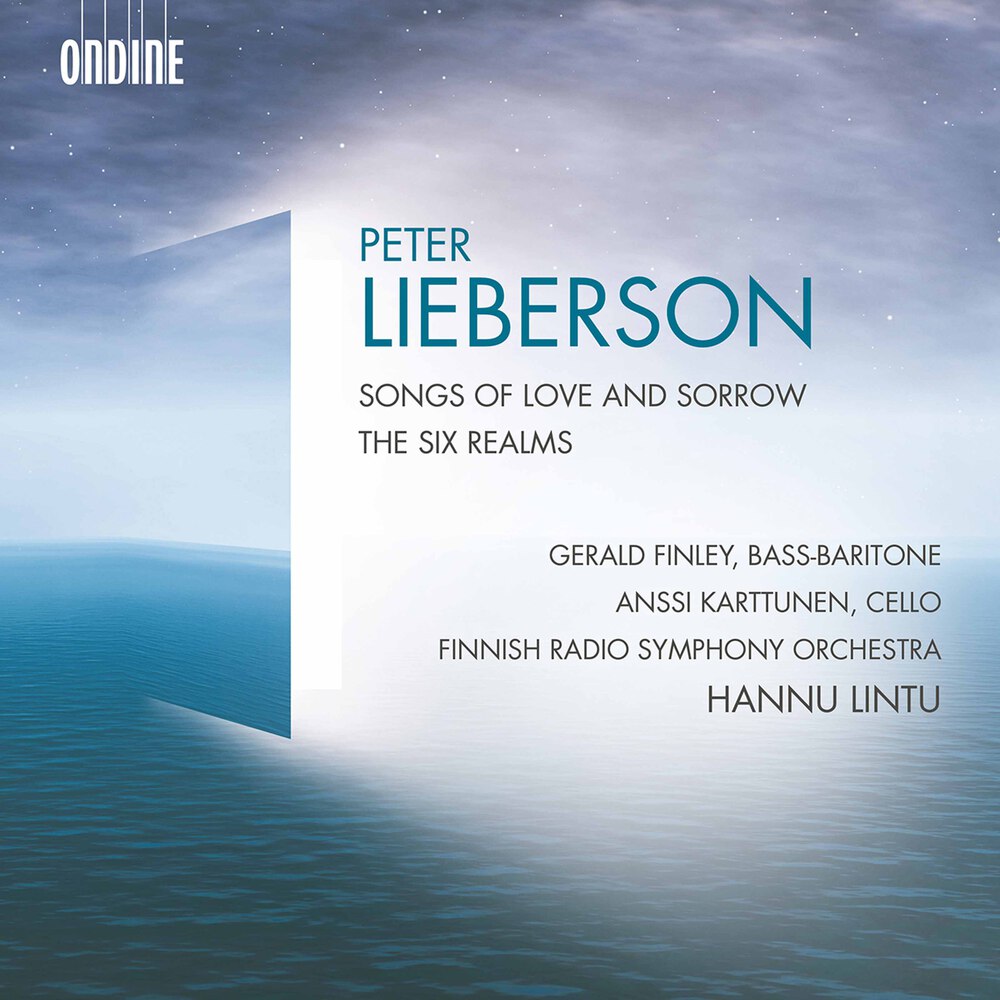 Lieberson: Songs of Love and Sorrow & The Six Realms

Available in 96 kHz / 24-bit AIFF, FLAC high resolution audio formats
This new album by the Finnish Radio Symphony Orchestra and its chief conductor Hannu Lintu is dedicated to works by American composer Peter Lieberson (1946–2011). This album features award-winning bass-baritone Gerald Finley as soloist in Lieberson’s song cycle "Songs of Love and Sorrow" and Lieberson’s close friend Anssi Karttunen as soloist in "The Six Realms" for cello and orchestra. Lieberson’s "Songs of Love and Sorrow" is a deeply personal work. Lieberson had received a commission in 2005 to write a work for his wife, mezzo-soprano Lorraine Hunt Lieberson. This project was interrupted by Lorraine’s death and soon after also the composer was diagnosed with cancer. The news of being awarded the Grawemeyer Award for his earlier song cycle "Neruda Songs" (2005) encouraged the composer to write another cycle on Neruda’s poetry, "Songs of Love and Sorrow". The work was premiered by Gerald Finley in 2010. The composer wrote in his program notes: “I suppose that my life story of the past three years is not dissimilar to many others. The basic truths of love and sorrow are, I think, experiences that all of us understand very well. To have one without the other is not likely, but certainly it is our capacity to love that makes this human life so poignant.” Buddhist religion had played a significant role in Lieberson’s life since the early 1970s. This also had an impact on Lieberson’s compositions. According to Lieberson, “When I started writing music again, my style had changed... There was less sense of struggle... the horizon expanded. It’s as if you had tunnel vision, and then you have panoramic vision. Studying Buddhism also affected my approach to composing [in that] I understand there’s a kind of journey that’s made.”
96 kHz / 24-bit PCM – Ondine Studio Masters