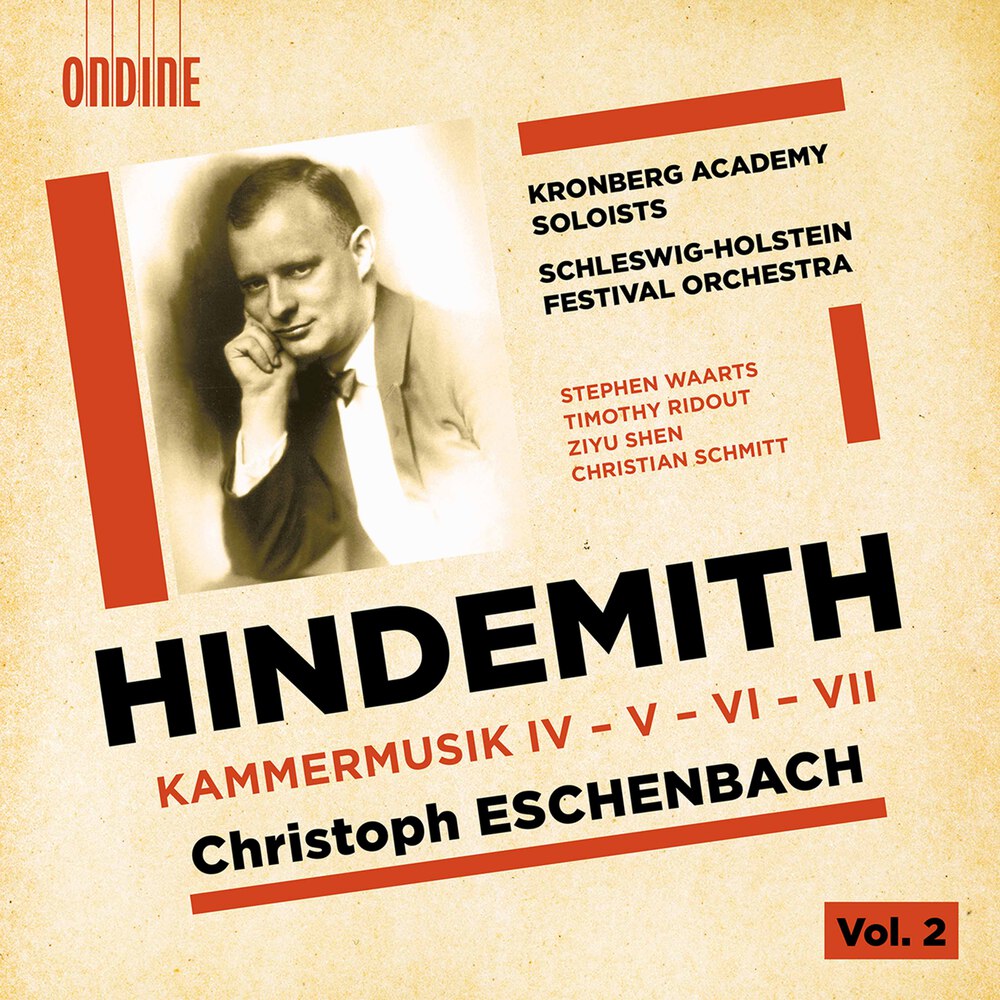 Available in 48 kHz / 24-bit AIFF, FLAC audio formats
The final volume of Paul Hindemith’s (1895–1963) youthful and fresh Kammermusik series from the 1920s includes Kammermusik Nos. 4–7 performed by Kronberg Academy Soloists and the Schleswig-Holstein Festival Orchestra under a true Hindemith specialist, Christoph Eschenbach, who has won a Grammy for a previous Hindemith album on Ondine. These four works by Hindemith can be considered as full-bodied concertos for violin, viola, viola d’amore and organ. These works feature four young talented soloists, Stephen Waarts, Rimothy Ridout, Ziyu Shenand Christian Schmitt. Hindemith’s Kammermusik No. 4 (‘Violin Concerto’) is scored for a larger orchestra than its three predecessors and includes 24 instrumentalists. Kammermusik No. 5 (‘Viola Concerto’) the composer premiered himself by playing the solo part. In total, Hindemith performed this work for 85 times during the next 11 years! In a letter, Hindemith described the viola d’amore as “the most beautiful thing that you can imagine in sound”. The composer fell in love with the instrument and wrote his Kammermusik No. 6 with this instrument in mind. Hindemith’s final Kammermusik (No. 7) was written to a commission by the Southwest German Radio: the premiere of this Organ Concerto was transmitted live in 1928. The radio broadcast had a decisive role in the composer’s choice of instrumentation.
48 kHz / 24-bit PCM – Ondine Studio Masters