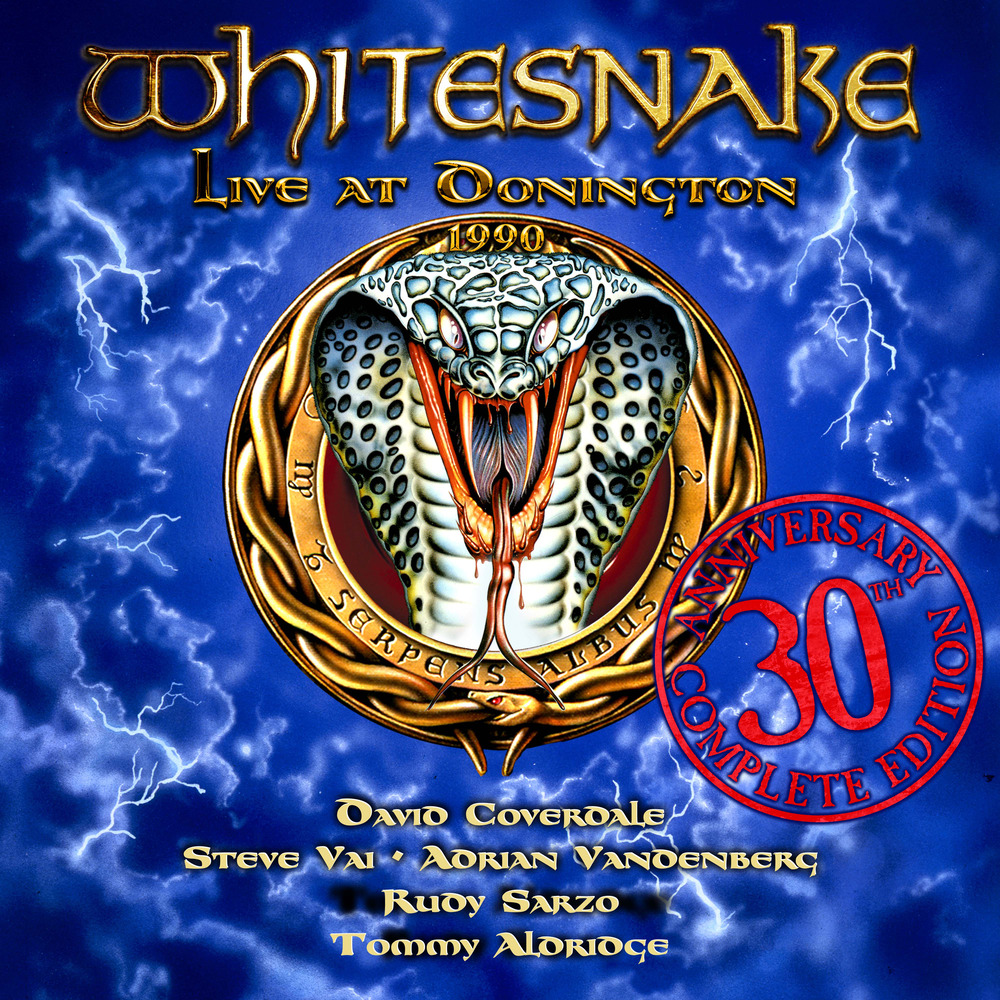 Available in MQA and 96 kHz / 24-bit AIFF, FLAC high resolution audio formats
Whitesnake are celebrating the 30th Anniversary of their legendary set at "Monsters of Rock" with Live at Donington 1990 (30th Anniversary Complete Edition), a remastered 17 track collection of the band’s entire performance. All of the songs from the performance have been remastered. This new digital collection includes a mix of hits and deep tracks, including “Is This Love” from Whitesnake’s multi-platinum self-titled album and the #1 smash “Here I Go Again.” There are also four instrumental tracks that feature virtuosic guitar solos including, “Adagio for Strato,” “Flying Dutchman Boogie,” “For The Love Of God,” “The Audience Is Listening” and an explosive drum solo from the extraordinary Tommy Aldridge. This performance at the "Monsters of Rock" festival in Donington, U.K. marked their third appearance and second time headlining the famous festival. The band had recently released their third consecutive platinum record and eighth studio album, Slip of the Tongue. Originally released in November 1989, it peaked at number 10 on the U.K. and U.S. album charts.
96 kHz / 24-bit PCM – Rhino Studio Masters