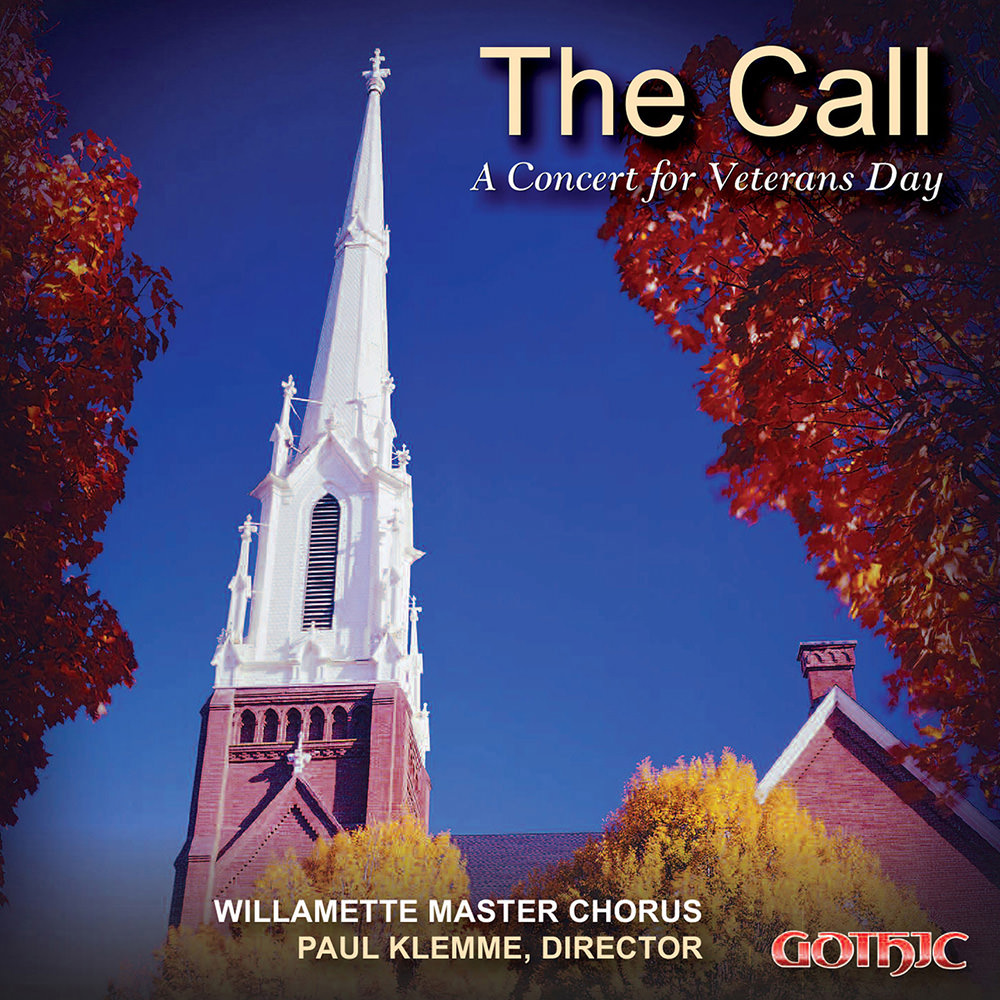 The Call: A Concert for Veterans Day

Paul Klemme and the Willamette Master Chorus are joined by a large cast of vocalists, musicians and narrators on this collection drawn from a decade of Veterans Day concerts. The thematic programme honouring those who have served in the US Armed Forces includes both traditional numbers and patriotic works by composers including Francis Scott Key, Irvin Berlin, Lee Greenwood and Vijay Singh. The title piece The Call was commissioned by the choir, written by Tony Award winner Dave Metzger.
192 kHz / 24-bit, 96 kHz / 24-bit PCM – Gothic Studio Masters