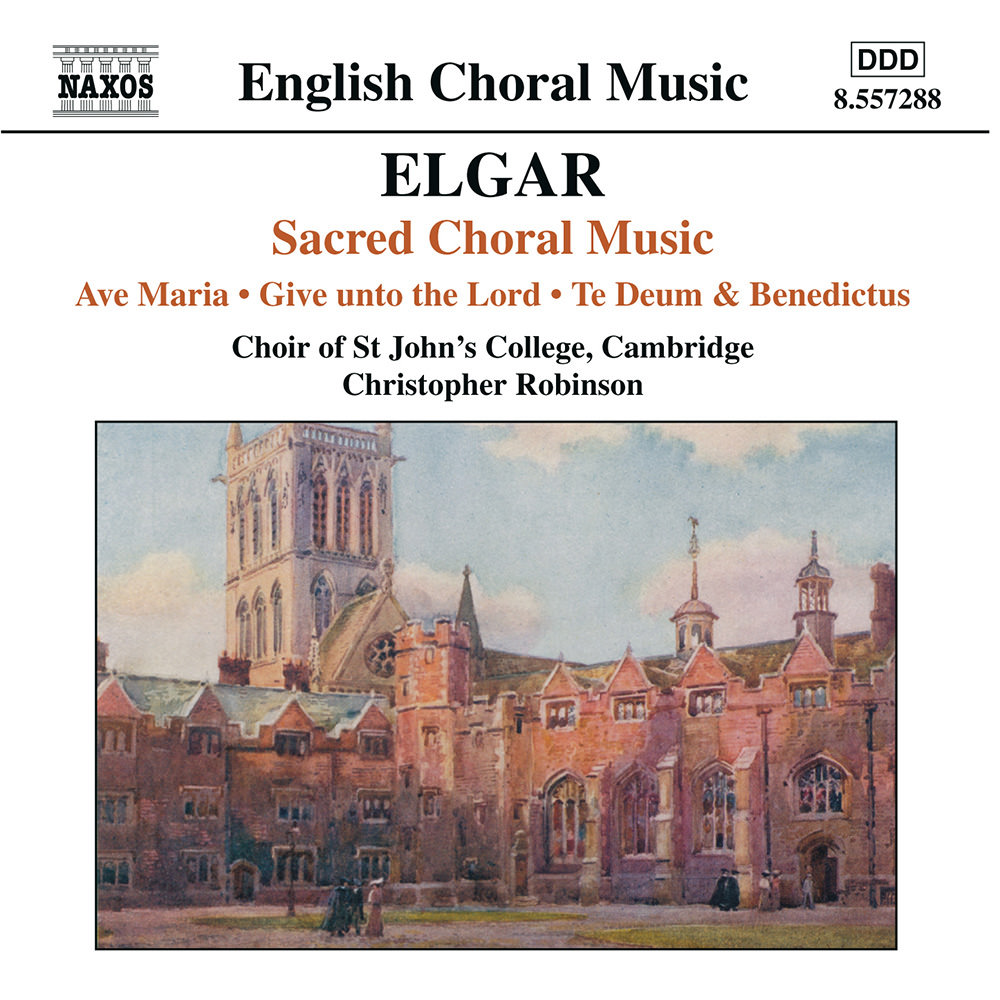 Available in 44.1 kHz / 24-bit AIFF, FLAC audio formats
"These strong and refined performances should need little recommendations for Elgarians ... the recordings are excellent: plenty of church atmosphere, but bright in tone and clear in detail." - BBC Music Magazine "... Robinson has impressed before on disc with Elgar and he does so here, in spades. The choral performance is exemplary, the acoustic unproblematic and the direction at all times centred on the real musical virtues of this immaculately chosen selection." - MusicWeb International Jonathan Vaughn is the featured organ soloist on this Elgar recording from the Choir of St John’s College Cambridge under Christopher Robinson, an album named an "Editor's Choice" by Gramophone. Elgar’s sacred choral music possesses the same innate qualities so admired today in his orchestral music: an unerring sense for musical development and drama allied to a glorious ear for melody. This collection follows Elgar from early settings for the Catholic liturgy right through to his heyday as the Empire’s best known composer and includes Great is the Lord, considered his sacred masterpiece.
44.1 kHz / 24-bit PCM – Naxos Studio Masters