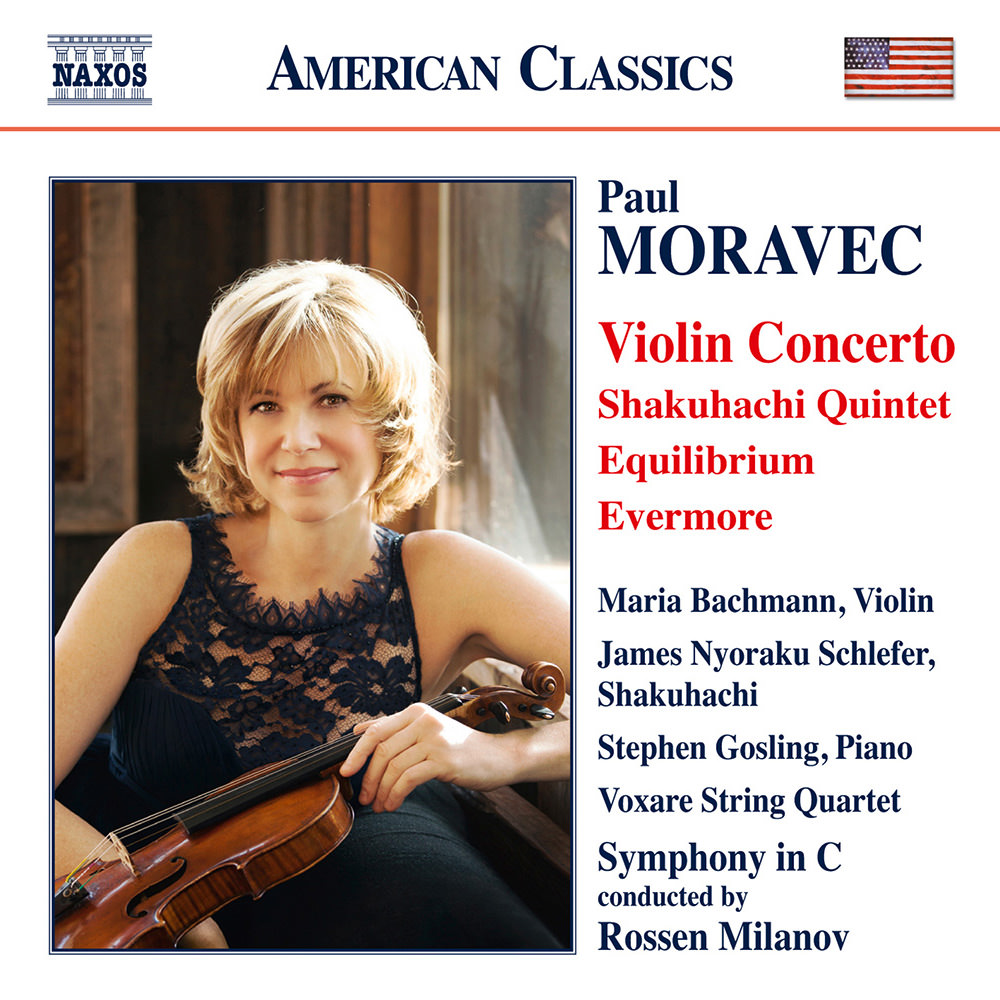 Violinist Maria Bachmann is the featured soloist on this performance of Paul Moravec's 2013 revision of his Violin Concerto, receiving its world premiere recording here. Rossen Milanov conducts the ensemble Symphony in C on the grandly conceived work which rates among one of Moravec's most important accomplishments: with its romantically sensuous elegance and joyous finale, the concerto has already earned a place as one of the outstanding American works in the genre. Two other pieces on the programme are also world premieres: the elegiac Shakuhachi Quintet which integrates the classical Japanese bamboo flute with the Western string quartet, while Equilibrium was composed especially for this album and recalls the B-A-C-H motive also heard in the Violin Concerto. The final work, Evermore, was written in 2004 as a wedding gift for Bachmann.
44.1 kHz / 24-bit PCM – Naxos Studio Masters