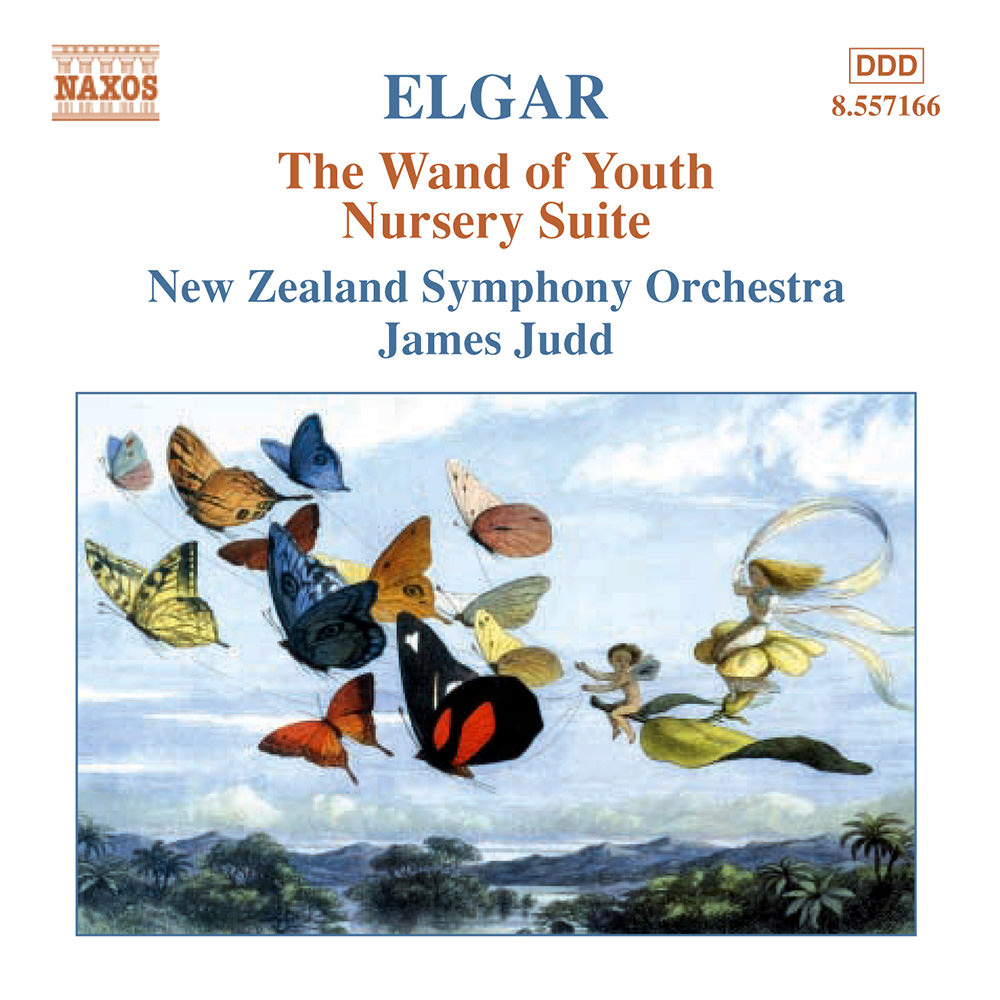 Available in 44.1 kHz / 24-bit AIFF, FLAC audio formats
"It was a bright idea to gather together Elgar's orchestral pieces for or about children on a single CD ... it's clear that the orchestra, conductor and recording team are right on top of the music ..." - BBC Music Magazine "A charming disc full of charming music ... these light Elgar works seem to come and go in the catalogue, undeservedly so ... the performances are uniformly excellent, offering both lightness and rambunctious high spirits where appropriate ... the New Zealand Symphony Orchestra plays with obvious care and affection ... the recorded sound lives up to the current high standards coming from this source. The Judd/New Zealand partnership has given Naxos some of its best discs and this one is no exception." - ClassicsToday.com World-renowned conductor James Judd and the New Zealand Symphony Orchestra Illustrate a generally little known facet of Elgar’s music on this recording that brings together several pieces on which the composer had worked in childhood. Forty years after writing the tunes for a children’s play about age, youth and the escapism of fairyland, for performance in the family with his brothers and sisters, Elgar refashioned them into the two suites known as The Wand of Youth, from which Wild Bears continues to enjoy a separate existence as a popular concert encore. With its tender, wistful moods and restrained scoring, the Nursery Suite remains Elgar’s final evocation of childhood.
44.1 kHz / 24-bit PCM – Naxos Studio Masters