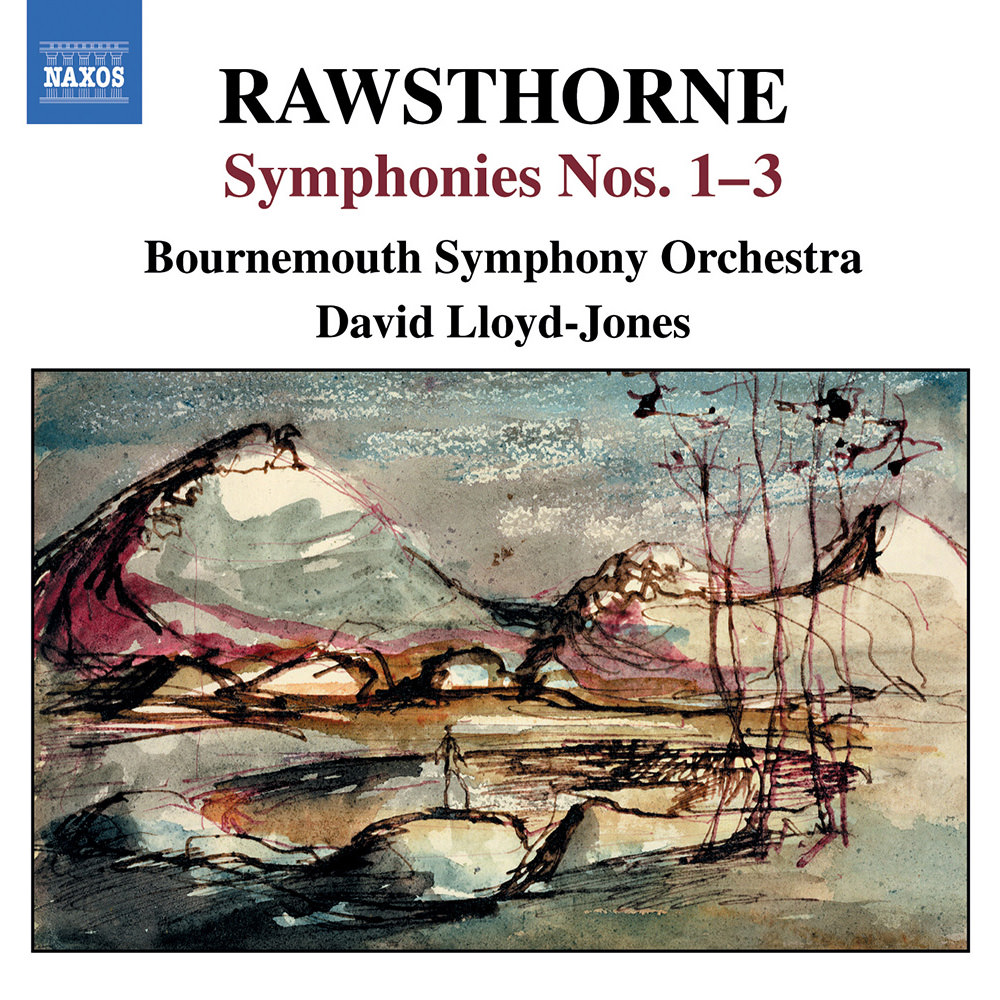 Available in 44.1 kHz / 24-bit AIFF, FLAC audio formats
"... these are demanding and emotionally draining works ... it is therefore wonderful to see Naxos resurrecting them, particularly given such high standards of performance from the Bournemouth Symphony Orchestra and masterly conducting from David Lloyd-Jones." - MusicWeb International "All are beautifully crafted: the First bursts with rhythmic energy, the Second, with a soprano soloist in its finale, is much more overtly pastoral, while the Third synthesizes the two extremes. The performances under David Lloyd-Jones are first rate." - The Guardian "... (previous readings) are surpassed by David Lloyd-Jones ... he emphasizes lucid textures and a proper balance of Rawsthorne’s multiple lines ... the clarity of the digital engineering helps greatly and the playing of the Bournemouth Symphony is first-rate. This is definitely the album to buy, with a respectful tip of the hat to Naxos for adding it to a fine series on a neglected modern master." - Fanfare David Lloyd-Jones conducts the Bournemouth Symphony Orchestra on this recording of Alan Rawsthorne's first three symphonies, including the energetic, inventive and superbly scored Symphony No. 1. which stands in contrast to the Second Symphony a general expression of the pleasures of life in the country. The Third Symphony returns to the turbulence of the First, now tempered by the subtle colouration and gentler expression of the Second. At its heart lies the haunting Sarabande slow movement, one of Rawsthorne’s finest creations. This album was originally released in 2005 to mark the 100th anniversary of the composer's birth.
44.1 kHz / 24-bit PCM – Naxos Studio Masters