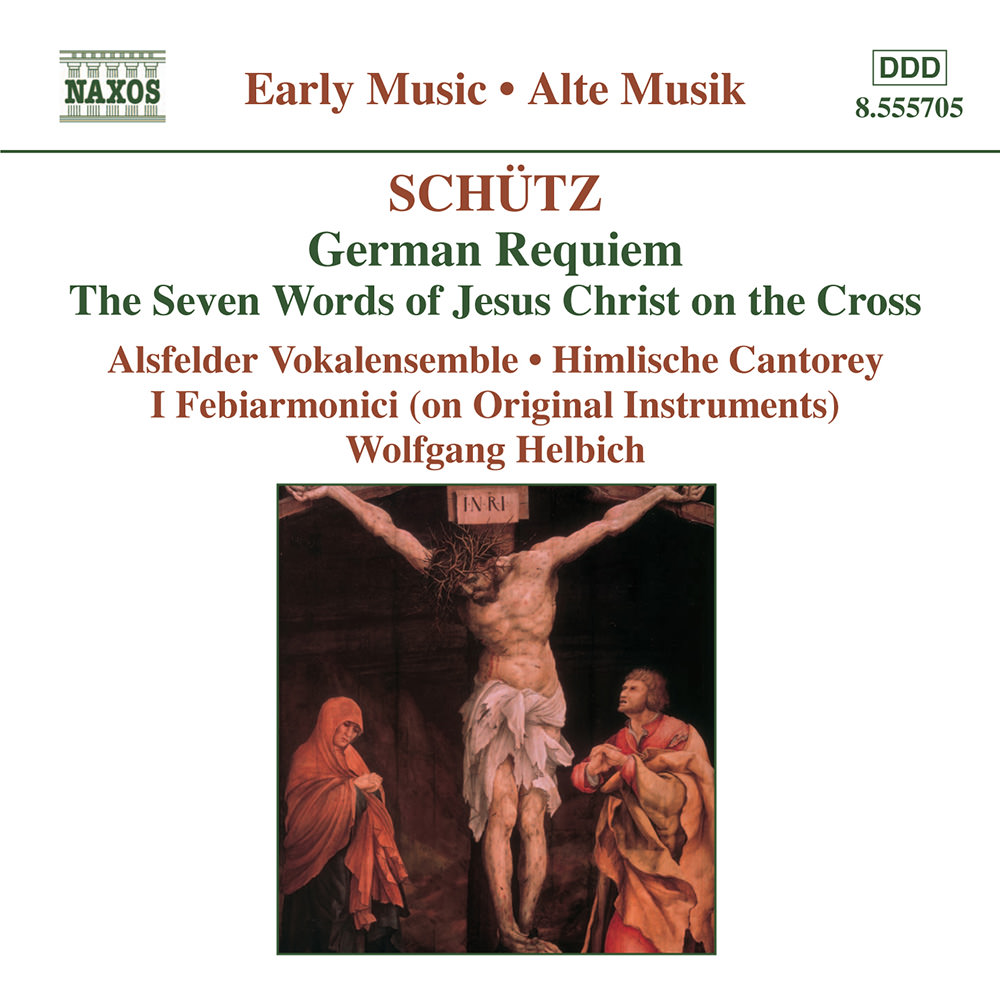 Schütz: German Requiem - The Seven Words of Jesus Christ on the Cross

"... sound quality approaches demonstration standard ... an exceptional recording of the highest possible quality from Naxos. Heinrich Schütz is a major figure and will gain many new supporters to his rich and colourful music. It provides major rewards. Wonderful!"
- MusicWeb International

"... ranks with the best performances on disc of any of the selections ... a newer collector intent on building a Schütz library should grab this disc to fill one of the slots. He will probably return to it again and again, for it is such a satisfying realization of this deeply felt music."
- Fanfare

Period instrument ensemble I Febiarmonici devotes this programme to the leading German composer of the 17th century, Heinrich Schütz, known for linking the traditions of Gabrieli's Venice with the music of Protestant Germany in a large number of mainly sacred choral works. The Alsfelder Vocal Ensemble and several featured vocalists and soloists join the orchestra led by Wolfgang Helbich on this collection of works that are characteristically powerful and intense.
44.1 kHz / 24-bit PCM – Naxos Studio Masters