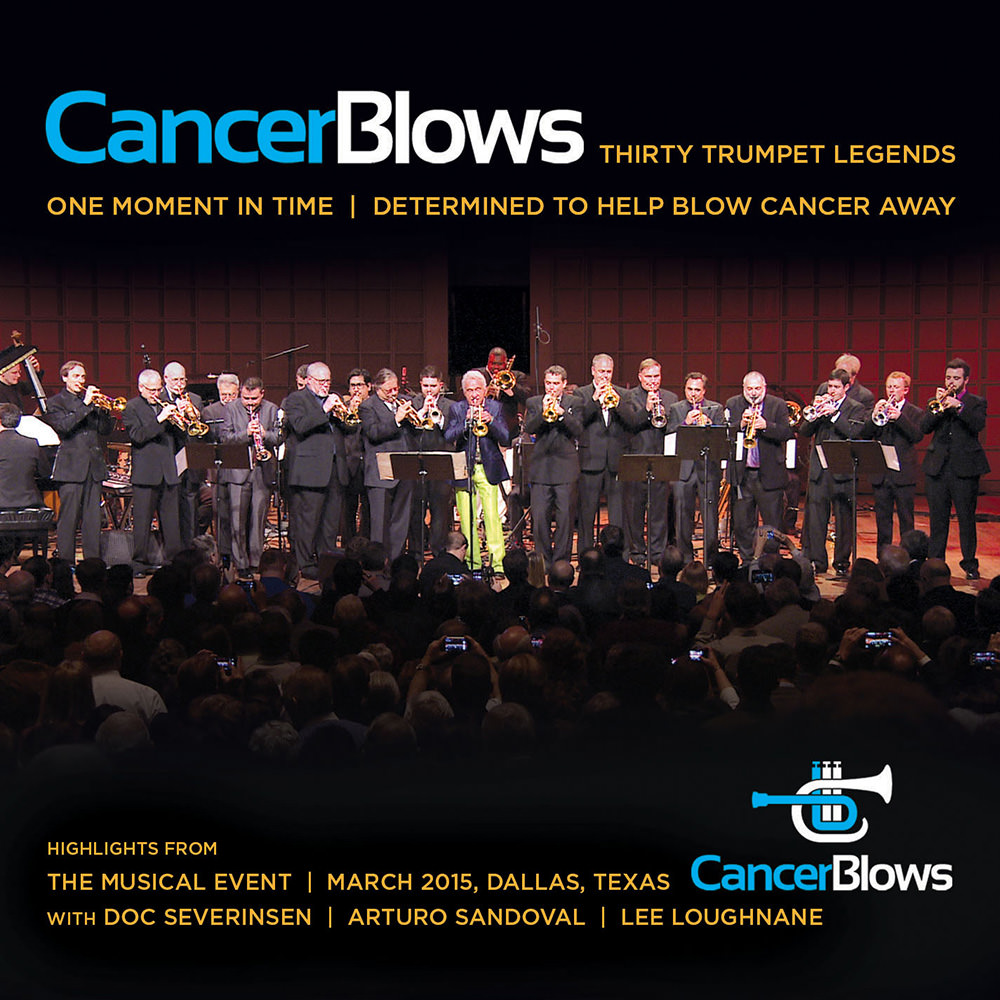 Available in 96 kHz / 24-bit AIFF, FLAC high resolution audio formats
This live recording documents a once-in-a-lifetime musical event that brought together some of the most famous trumpet players in the world in Dallas in March 2015. Trumpeters including Doc Severinsen, Lee Loughnane from Chicago, Arturo Sandoval, former members of the Canadian Brass and more took part in a concert and after party to honour Ryan Anthony, the Dallas Symphony Orchestra's principal trumpet, while raising money for cancer research.
96 kHz / 24-bit PCM – Music = Hope Records Studio Masters