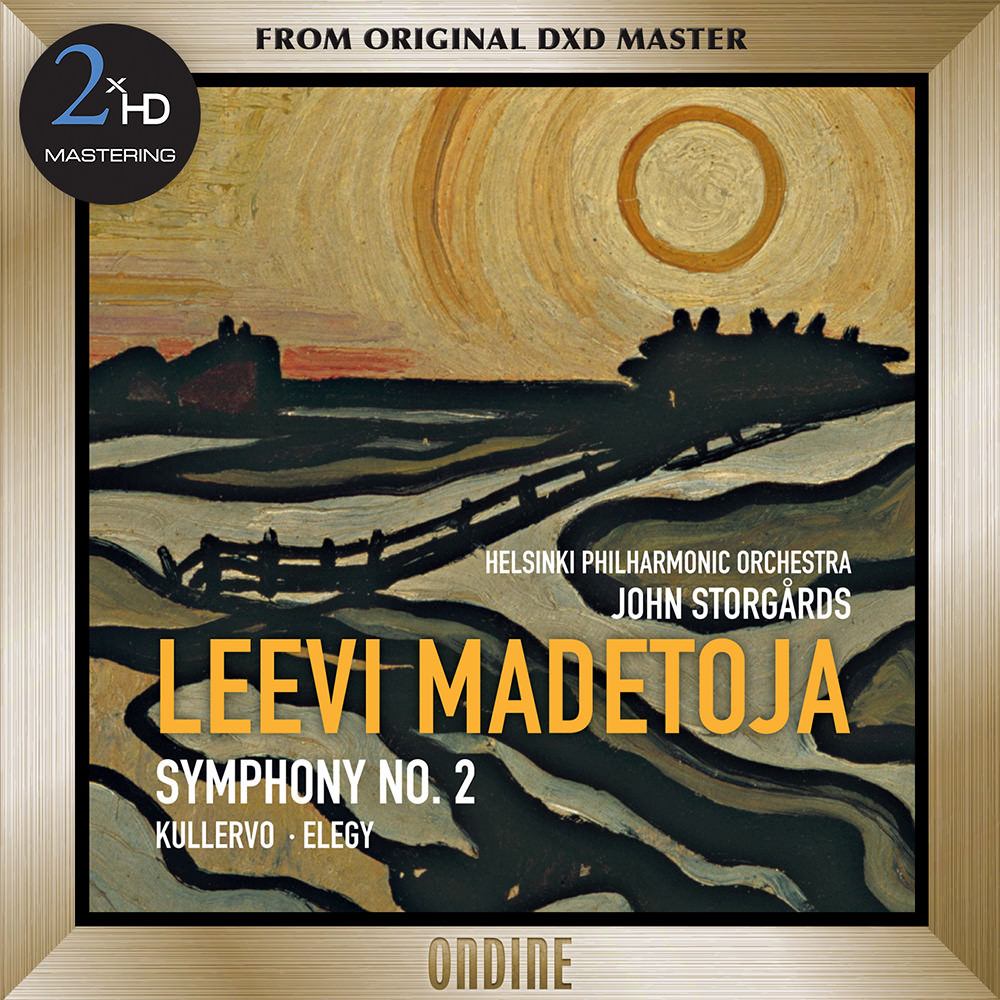 "... conducted with sharp insight and unfaltering authority. Under Storgårds’ baton the impeccably prepared Helsinki Philharmonic exhibit their commitment to the music. The playing glows with expressive force and a palpable sense of concentration."
- MusicWeb International

"Given their (undeserved) obscurity, both the tone poem and the symphony have enjoyed a small handful of recordings, but none that top this outstanding release. John Storgårds is an excellent conductor ... the performances are just about perfect in all respects: totally idiomatic, committed, passionate and immaculately played. There isn’t a dull second and he’s exceptionally well recorded. A great release."
- ClassicsToday.com

This release is the first volume of works by Finnish composer Leevi Madetoja recorded by the Helsinki Philharmonic Orchestra conducted by John Storgårds. The programme features Madetoja's Symphony No. 2, the symphonic poem Kullervo and the Elegy, the first movement from the Symphonic Suite.
96 kHz / 24-bit PCM and 5.6448 MHz, 2.8224 MHz DSD – 2xHD - Ondine Studio Masters

In order to achieve the most accurate reproduction of the original recording we tailor our process specifically for each project, using a selection from our pool of state-of-the-art audiophile components and connectors.The process begins with a transfer to analog from the original DXD master, using cutting edge D/A converters. The analog signal is then sent through a hi-end tube pre-amplifier before being recorded directly in DXD using the MSB Platinum Studio ADC plus. All connections used in the process are made of OCC silver cable.
DSD and PCM versions are separately generated, directly from the analog signal.