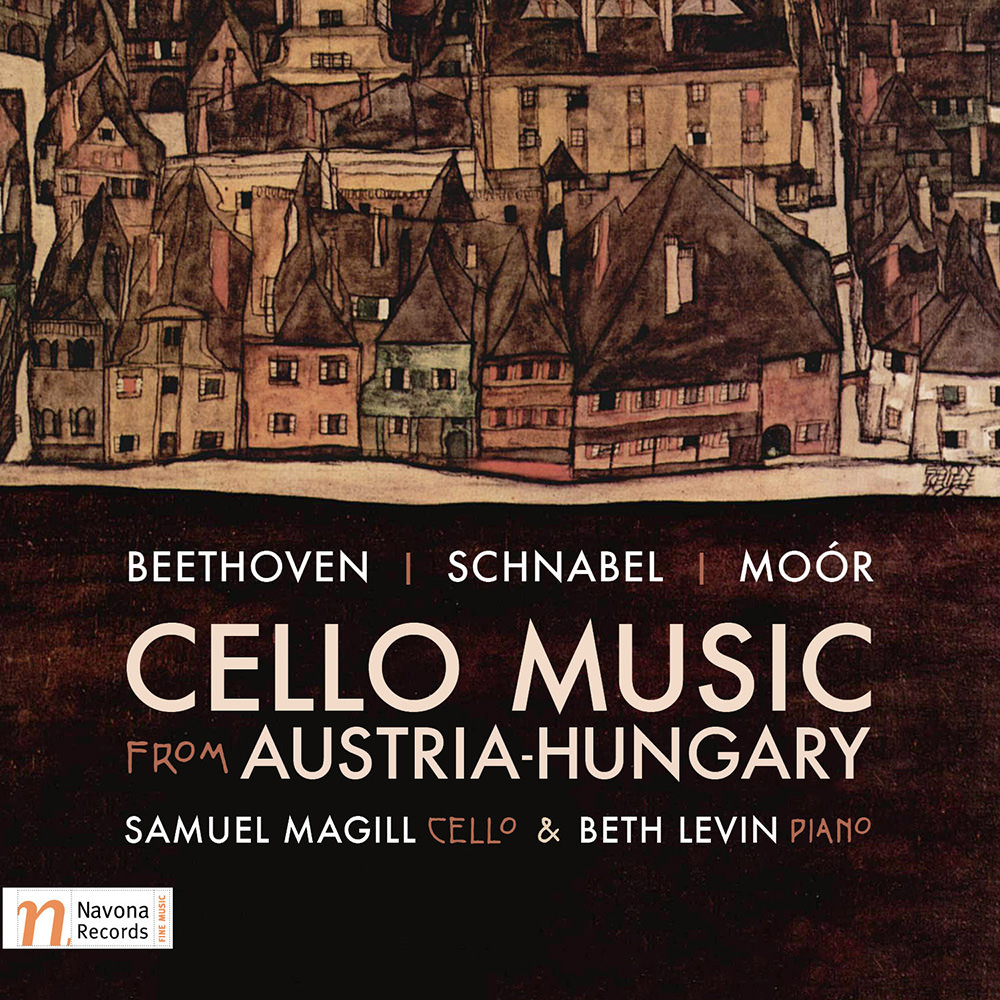 Available in 88.2 kHz / 24-bit AIFF, FLAC high resolution audio formats
The regions of Austria and Hungary have a rich history of music, art and culture, where Beethoven, Artur Schnabel and Emanuel Moór, among many others, developed their craft and influenced the traditions of European art music. On this programme, cellist Sam Magill presents works that not only expand the cello repertoire and illustrate his virtuosity, technical aplomb, conviction and expressiveness, but enrich understanding of these composers, their music and their heritage. Magill is joined on the 1822 arrangement of Beethoven’s Violin Sonata No. 9 by pianist Beth Levin, who together perform the challenging composition with aplomb and austerity, restoring certain passages from the original manuscript to expose the piece's virtuosic elements while retaining clarity of sound. Levin also appears on the album's closer, Moór's Ballade in E Major.
88.2 kHz / 24-bit PCM – Navona Studio Masters