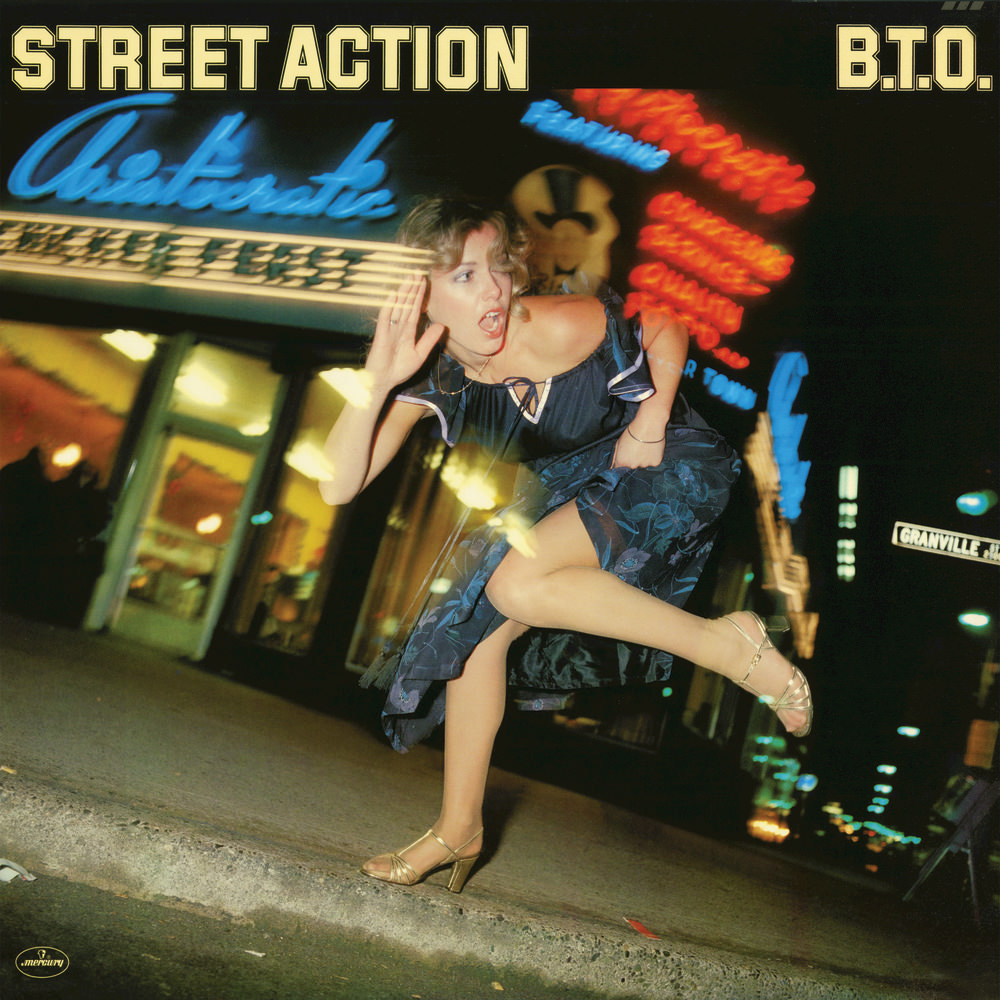 The first BTO album without the participation of founding member Randy Bachman, Street Action was released in 1978 and marked the debut of a heavier sound from the band, prompted by the freedom afforded the members following Randy's departure.

"When those two albums with Jim Clench came out, that was always the direction that we wanted to go in. If you look at the Blair Thornton, Robin Bachman and Fred Turner songs on the (earlier) BTO albums, that's the same sound."
- Robbie Bachman, drummer
96 kHz / 24-bit PCM – Mercury Records Studio Masters