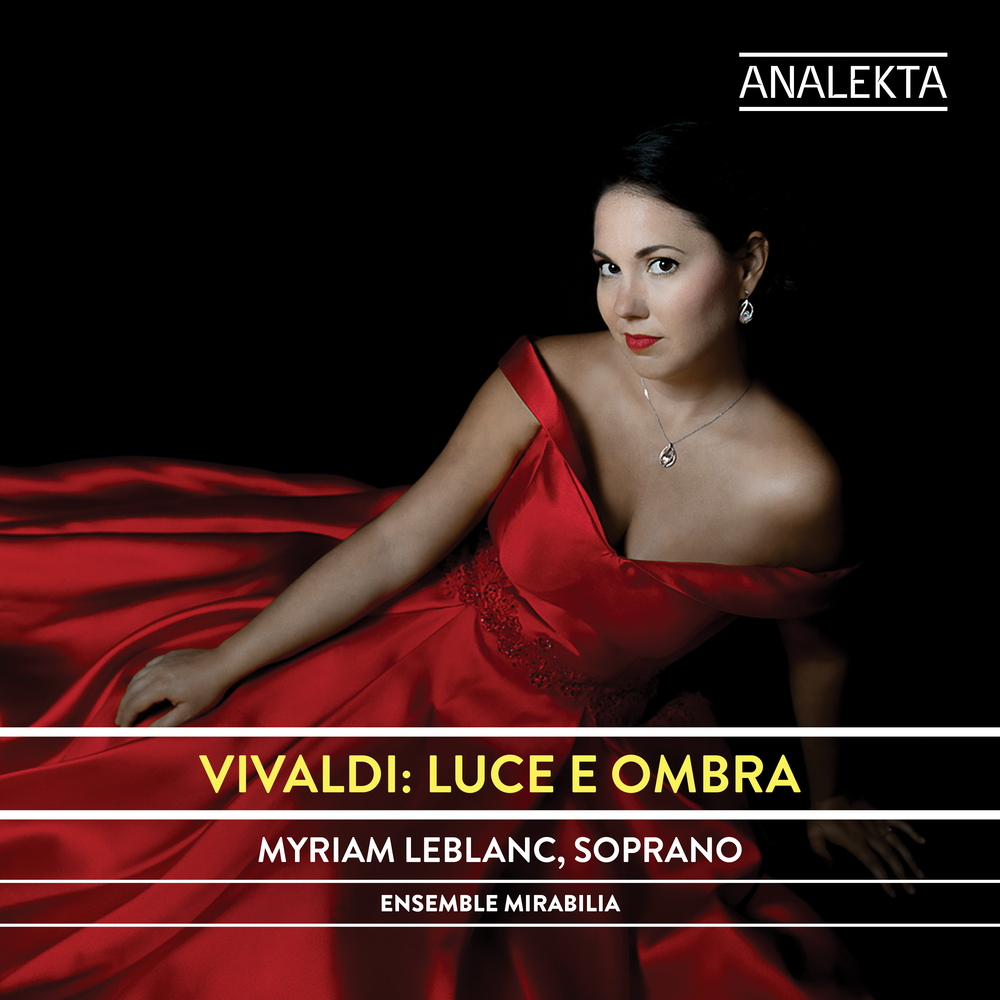 Available in 96 kHz / 24-bit AIFF, FLAC high resolution audio formats
For her marvelous new album, Luce e Ombra, soprano Myriam Leblanc assembled a collection of her favorite works by the Venetian composer Antonio Vivaldi. She chose opera excerpts, a chamber cantata, along with instrumental pieces transcribed or adapted for the Ensemble Mirabilia, consisting of Antoine Malette-Chénier on the baroque triple harp, Marie-Michel Beauparlant on the cello and Grégoire Jeay on the flute. The vocal performance, the arias’ nuances and the intimate relationship with the highly capable ensemble make for an accomplished and convincing album. A graduate of McGill University, Myriam Leblanc obtained a master's degree in choral conducting direction from the University of Sherbrooke. She was a First Prize winner and People's choice Award winner at the Orchestre symphonique de Trois-Rivières Competition, a Jeune Ambassadrice Lyrique in 2014 (Prix Québec-Bavière), Audience Choice Award winner at the Canadian Opera Company Centre Stage Competition, Third Prize winner at the Ottawa Choral Society New Discoveries contest, holder of the Excellence grant given annually by l'Atelier lyrique de l'Opéra de Montréal, First Prize winner in the Mathieu-Duguay Early Music Competition at the 2017 Lamèque International Baroque Music Festival. She has been working in the world of music for few years. Leblanc is recognized for the purity of her tone, a flexible and warm voice and her mastery of both technique and musical expressiveness.
96 kHz / 24-bit PCM – Groupe Analekta, Inc Studio Masters