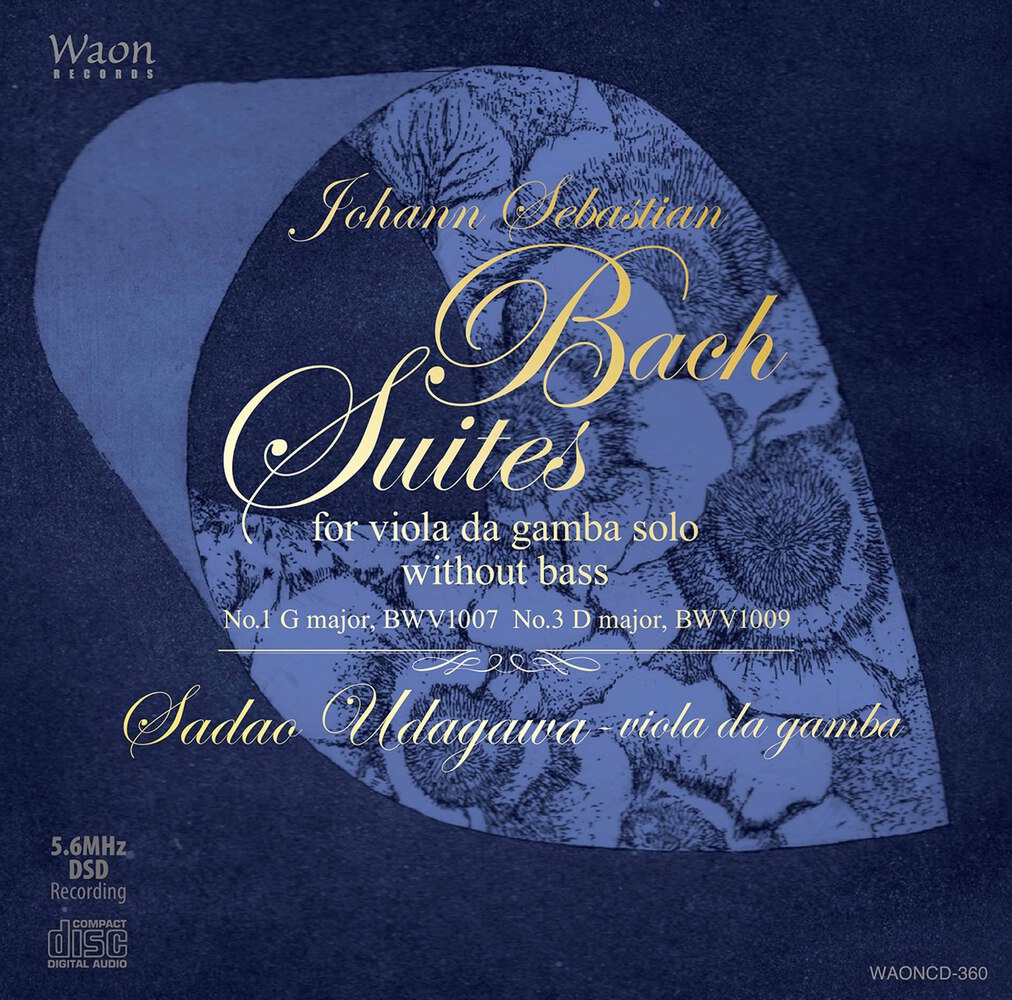 Available in 192 kHz / 24-bit, 96 kHz / 24-bit AIFF, FLAC and 5.6448 MHz DSD high resolution audio formats
Sadao Udagawa releases this stunning collection of the suites for viola da gamba from J.S. Bach. The Japanes viola da gamba player, Sadao Udagawa, studied viola da gamba under Toshinari Ohashi. In 1974, he gaind admission to the Royal Conservatory of Brussels, Belgium, and took lessons of viola da gamba and chamber music from Wieland Kuijken and Paul Dombrecht respectively. While at the conservatory, he was active in performing in concerts, and on television and radio programs around Europe. In 1978, he graduated from the conservatory with a diploma. Since returning to Japan Sadao Udagawa has been active with various performances and projects including recitals, concert series, music festivals and many other musical activities. He is currently leader of his Tokyo Early Music Collective, conductor of the Tokyo Monteverdi Choir, and is the producer of Cecile Records.
192 kHz / 24-bit, 96 kHz / 24-bit PCM and 5.6448 MHz DSD – Waon Records Studio Masters