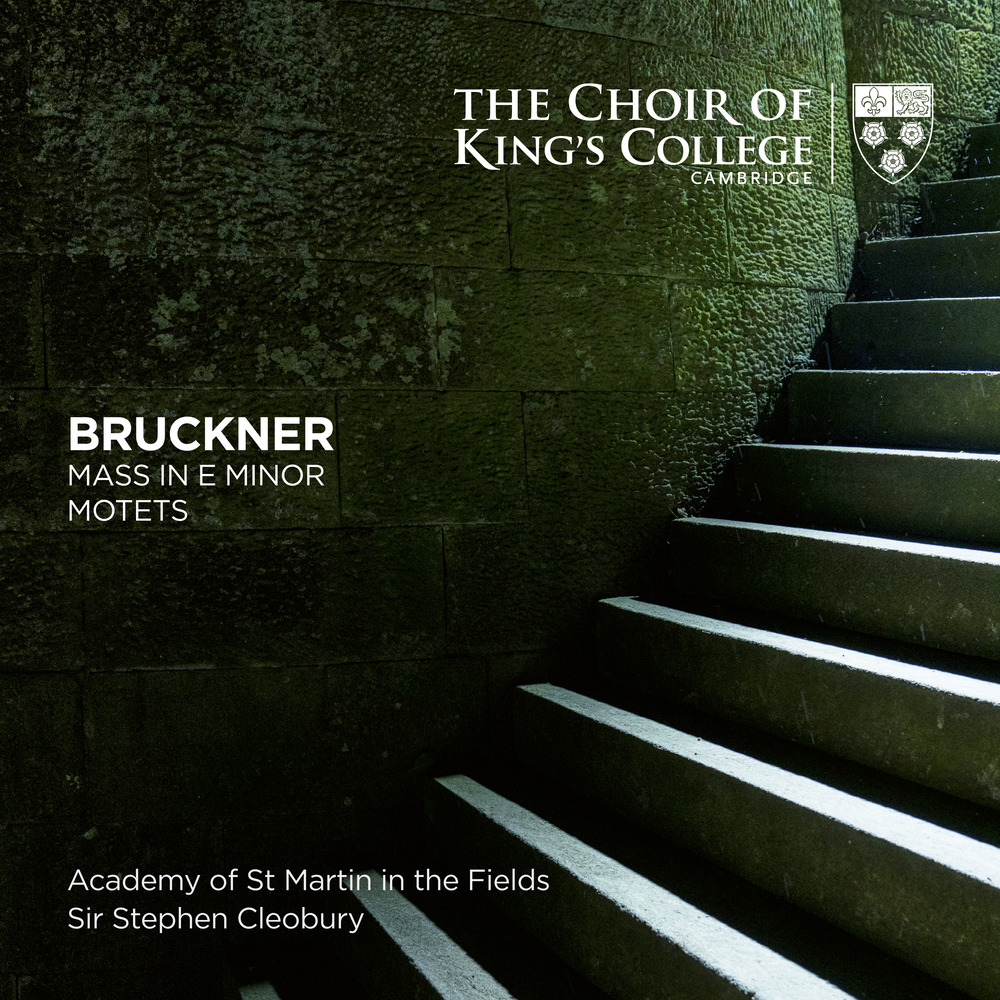 Bruckner's E Minor Mass and a selection of his profoundly beautiful motets were selected by Sir Stephen Cleobury as his last album at King's, recorded only a few months before his death. Perhaps the deepest and most spiritual of Bruckner's masses, the 'Mass in E minor' is unusual in its scoring for choir, wind and brass. It is recorded here by the Choir of King's College, Cambridge and the Academy of St Martin in the Fields in King's College Chapel. The album is accompanied by a specially-commissioned Appreciation for Sir Stephen, written by Professor Iain Fenlon, as well as Shades of the Past in Bruckner's Sacred Music – another commissioned essay on Bruckner's works by Dr Martin Ennis.

"For many, Bruckner's oeuvre is made up of nine fixed stars, the numbered symphonies, orbited by lesser bodies. One could, however, argue that sacred works such as those presented here take us to the heart of Bruckner, man and musician. Many of the pieces were commissioned; most are 'Gebrauchsmusik', in the sense that they served specific liturgical purposes. However, all reflect the composer's deep commitment to his faith. Bruckner planned to dedicate his final, unfinished symphony to his 'dear God'. The same dedication could stand at the head of any of the pieces heard on this album, the final recording of Sir Stephen Cleobury, another faithful servant of the church, whose legacy is a lasting ornament to King's College, Cambridge."
– Dr Martin Ennis
96 kHz / 24-bit PCM – Kings College Cambridge Studio Masters