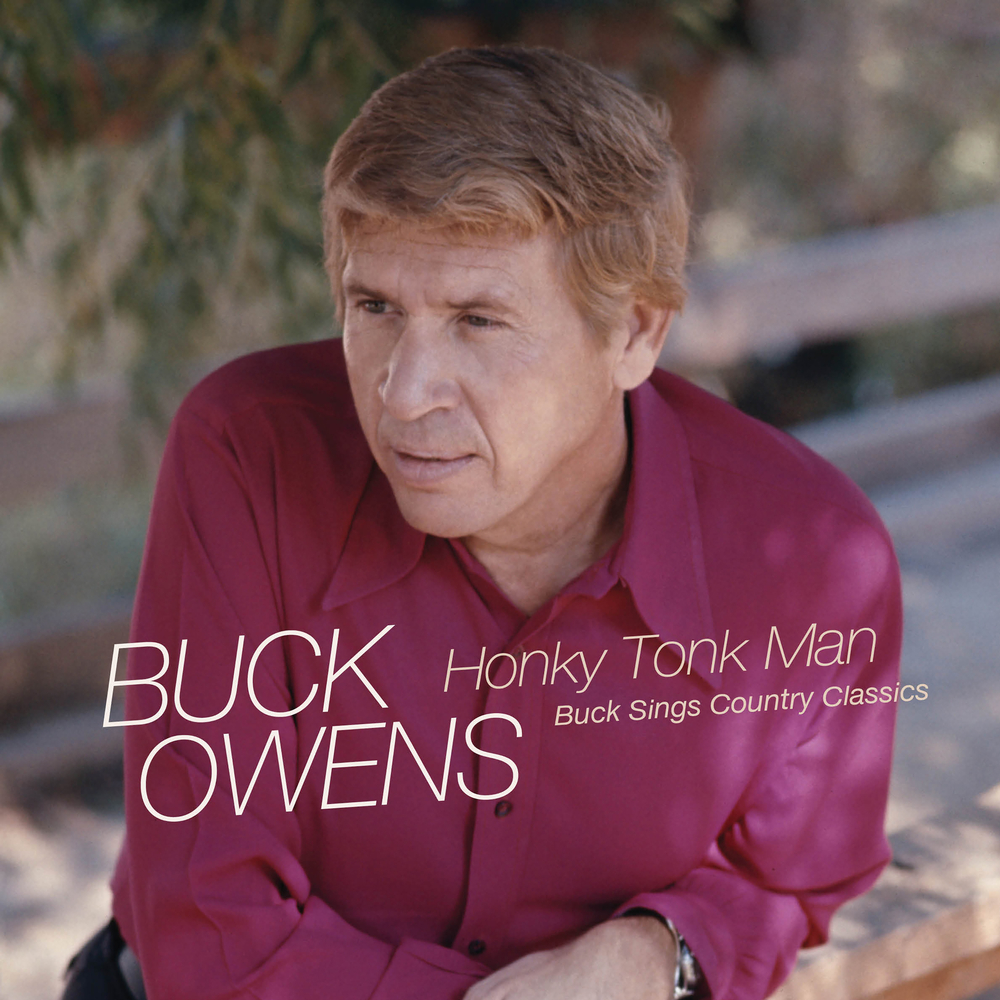 Available in 44.1 kHz / 24-bit AIFF, FLAC audio formats
Given the opportunity to record a large group of songs that reached far beyond his own best-known works, Buck enjoyed the rare chance to stretch out and have fun performing the hits of other country singers. Over the course of this collection, pulled from the vast trove of material Buck recorded for Hee Haw, Owens provides us with a concise tutorial on the history of country music–from “In the Jailhouse Now,” a song first popularized by Jimmie Rodgers in 1928–to “Rednecks, White Socks And Blue Ribbon Beer,” a hit for Johnny Russell in 1973. Many of the songs Buck recorded for Hee Haw were originally recorded by some of Buck’s biggest and earliest influences. “Stay a Little Longer” had been a hit for Bob Wills & His Texas Playboys. “My Bucket’s Got A Hole In It,” “Jambalaya,” and “Hey, Good Lookin’” were all Hank Williams staples. Other early favorites of Buck’s were Jack Guthrie’s “Oklahoma Hills” and Hank Snow’s “I’m Moving On.” In recent years there have been a number of recording artists who seem to have had more “new” material released after they passed away than was released while they were still alive. Not so with Buck Owens. An unreleased Buck Owens track is a rare thing, indeed. To have eighteen previously unreleased sides all together on one album is a Bakersfield-sized bounty of riches for Buck Owens fans everywhere.
44.1 kHz / 24-bit PCM – Omnivore Recordings Studio Masters