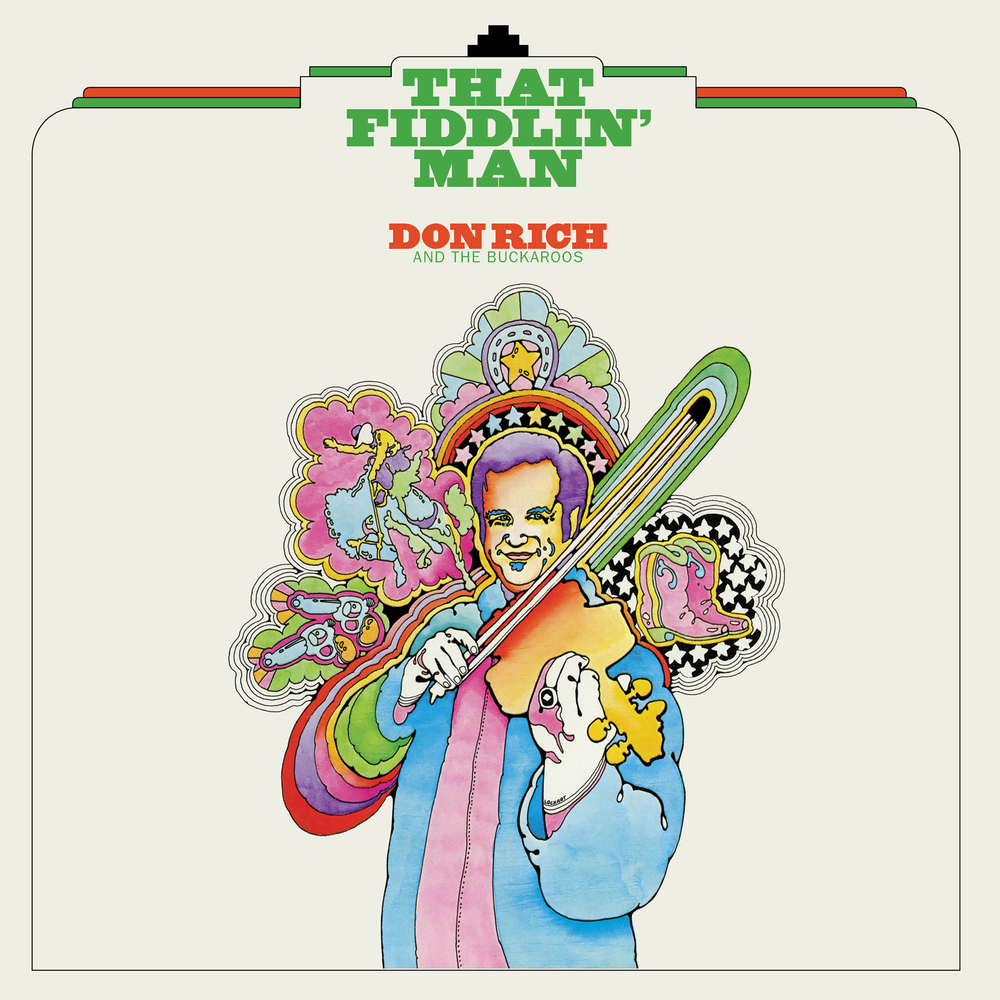 Available in 44.1 kHz / 24-bit AIFF, FLAC audio formats
Best known as Buck Owens’ guitarist, Don Rich was also an incredible fiddle player. And, while “Orange Blossom Special” was a live staple at a Buckaroos show, Don’s fiddle carried through to many Buck Owens studio releases, too. In 1971, 10 tracks were compiled from a number of Buck Owens & The Buckaroos albums and released as That Fiddlin’ Man. The album was an instant hit with fans. Out of print for decades, Omnivore Recordings is proud to reissue That Fiddlin’ Man for the first time ever on CD and Digital. To make the release even more special, we’ve added ten additional instrumental tracks from the Buck Owens catalog that showcase The Buckaroos, Don Rich and his fiddle. That’s 20 tracks of prime Buckaroos—taken from 13 different albums recorded from 1963 to 1970.
44.1 kHz / 24-bit PCM – Omnivore Recordings Studio Masters