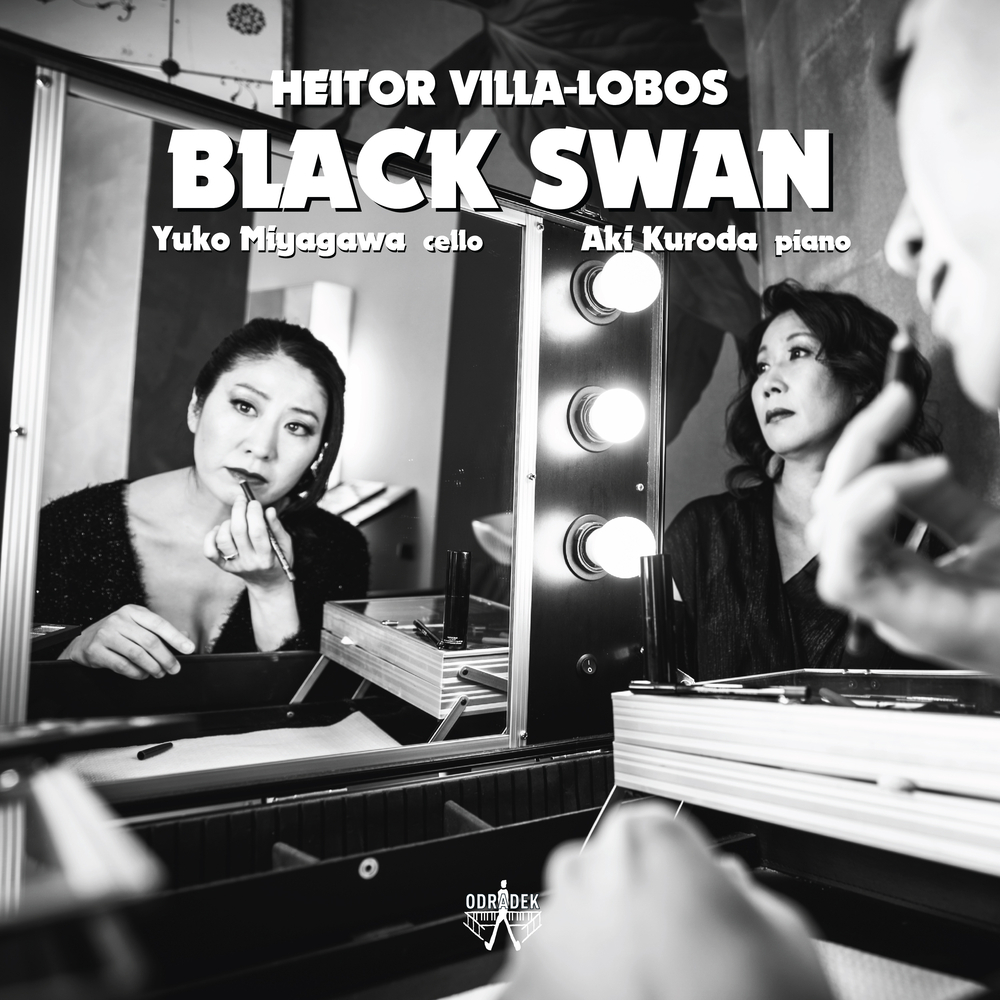 Available in 96 kHz / 24-bit AIFF, FLAC high resolution audio formats
Villa-Lobos, who was a fine cellist as well as composer, combined European models with idiomatic Brazilian styles in a way that has shaped the course of Brazilian culture – and others besides – ever since. The works on this release span a fascinating period, from the 1910s to the 1940s, charting the trajectory of the composer’s development. The Pequena Suíte (‘Little Suite’) of 1913 is Villa-Lobos’ earliest published work for cello and piano, and reflects his love of Bach, which developed at an early age. This album’s title comes from the lyrical O canto do cisne negro (‘The song of the black swan’) of 1917, adapted from the composer’s tone poem of the previous year. Villa-Lobos’ Cello Sonata No. 2 dates from a similar time and blends romanticism and impressionism, with both instruments acting as equal protagonists. The love of Baroque music, and of Bach in particular, that germinated in early works such as the Pequena Suite, came to fruition in Villa-Lobos’ series of nine Bachanias brasileiras. Bachianas brasileiras No. 2 dates from 1930; this album features the noble second movement ‘aria’ and the glorious final movement, which vividly evokes the acceleration of a small locomotive in Caipira, São Paolo. There is an arrangement of one of the Ciclo brasileiro for piano from 1936, the shimmering Impressões seresteiras (‘Evening impressions’), and a later work in the form of Divagação (‘Wandering’), from 1946. This quirky piece includes ad lib percussive effects, and is remarkable for its jaunty rhythms, sparse allusions to tonality, and improvisatory, recitative-like cello writing.
96 kHz / 24-bit PCM – Odradek Records Studio Masters