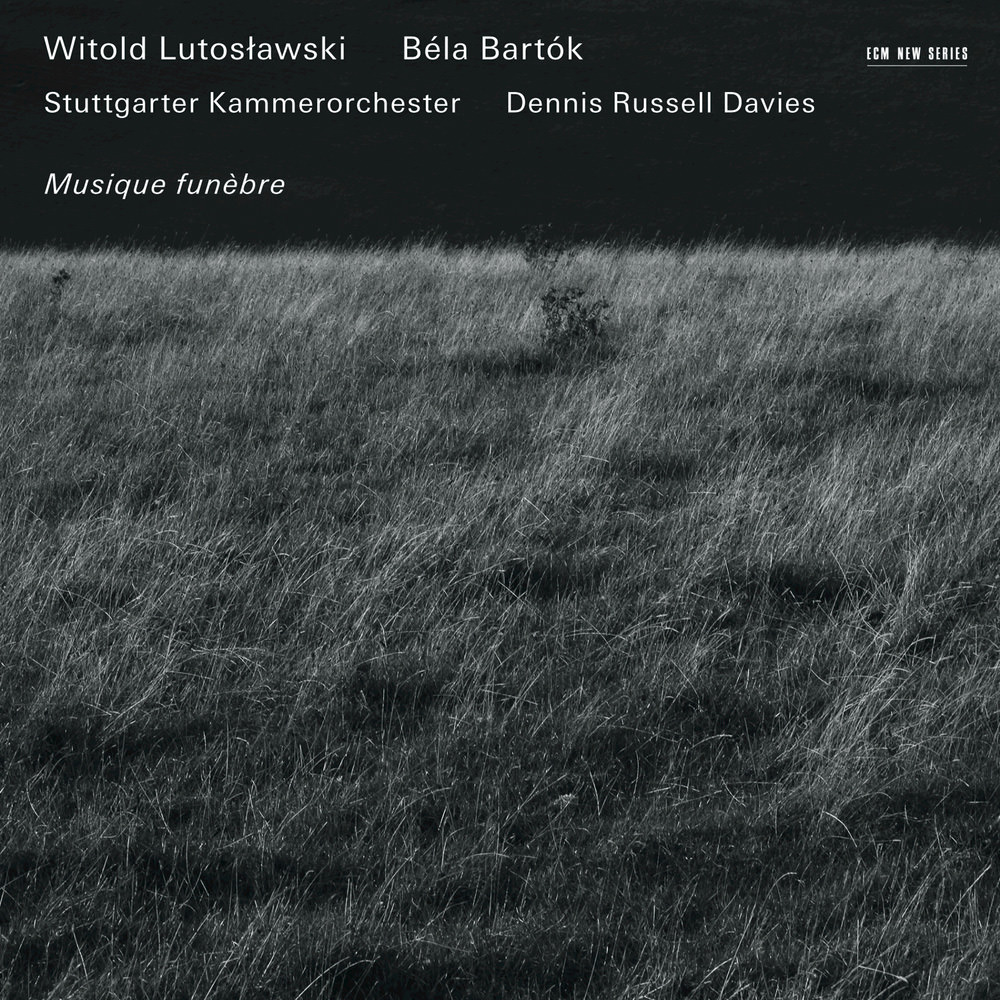 "Dennis Russell Davies elicits finely judged and very refined performances ... their measured account of Lutosławski's Funeral Music is deeply felt and, while not displacing the composer's own, gets to the heart of the matter ... well worth investigating."
- Gramophone

Dennis Russell Davies, who has enjoyed a long-running and highly productive association with the Stuttgart Chamber Orchestra, leads these spirited performances which include Bartók’s Seven Songs, showcasing the Hungarian Radio Children's Choir. This selection of lively Bartók pieces is viewed through the prism of Wittold Lutosławski's Musique funèbre, written in memory of the great Hungarian composer and first performed on the 10th anniversary of Bartók’s death. It’s an important and moving piece, which also led to international recognition for Lutosławski.
44.1 kHz / 24-bit PCM – ECM New Series Studio Masters