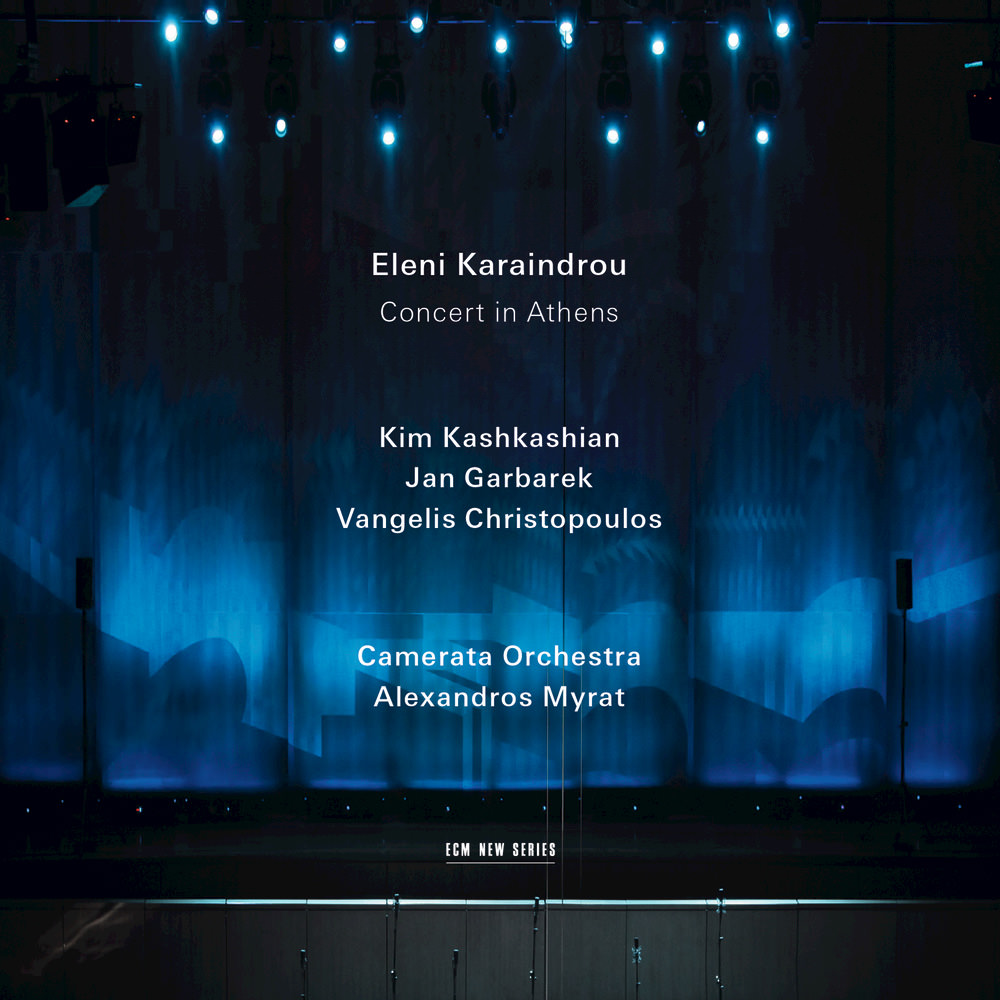 "A beguiling concert by an all-star group performing some of Karaindrou's film and theatre-inspired scores, recorded with characteristic ECM warmth and clarity."
- BBC Music Magazine

"There is no doubt about it; Eleni Karaindrou writes very good film/theatre music ... we all need a bit of light music from time to time and this is a high quality spot to get your fix. If you like your André Rieu and fancy exploring a little further afield then this if a fine place to go."
- MusicWeb International

"... fragile emotions are rarely far from the surface and it would be no small challenge to find another score to Death of a Salesman more painfully elegiac than the two versions of Requiem for Willy Loman ... featuring Garbarek's ever-perfect tone and spare but unerring choices ... a career highpoint ... compelling ... Karaindrou is still capable of surprise and as she nears the midpoint of her eighth decade on the planet, no mean feat."
- All About Jazz

This exceptional live album from Greek composer Eleni Karaindrou, recorded in November 2010, incorporates moving performances by guest violist Kim Kashkashian and saxophonist Jan Garbarek, each of whom has made important contributions to Karaindrou’s music in the past: Garbarek on the score for The Beekeeper and Kashkashian as the key musical protagonist of Ulysses’ Gaze. Themes of both films are revisited here, amongst much that is new. A primary emphasis is music written for plays by Arthur Miller, Tennesee Williams and Edward Albee, providing a wonderful context for bringing the guest musicians into contact with Karaindrou’s soloists.
44.1 kHz / 24-bit PCM – ECM New Series Studio Masters