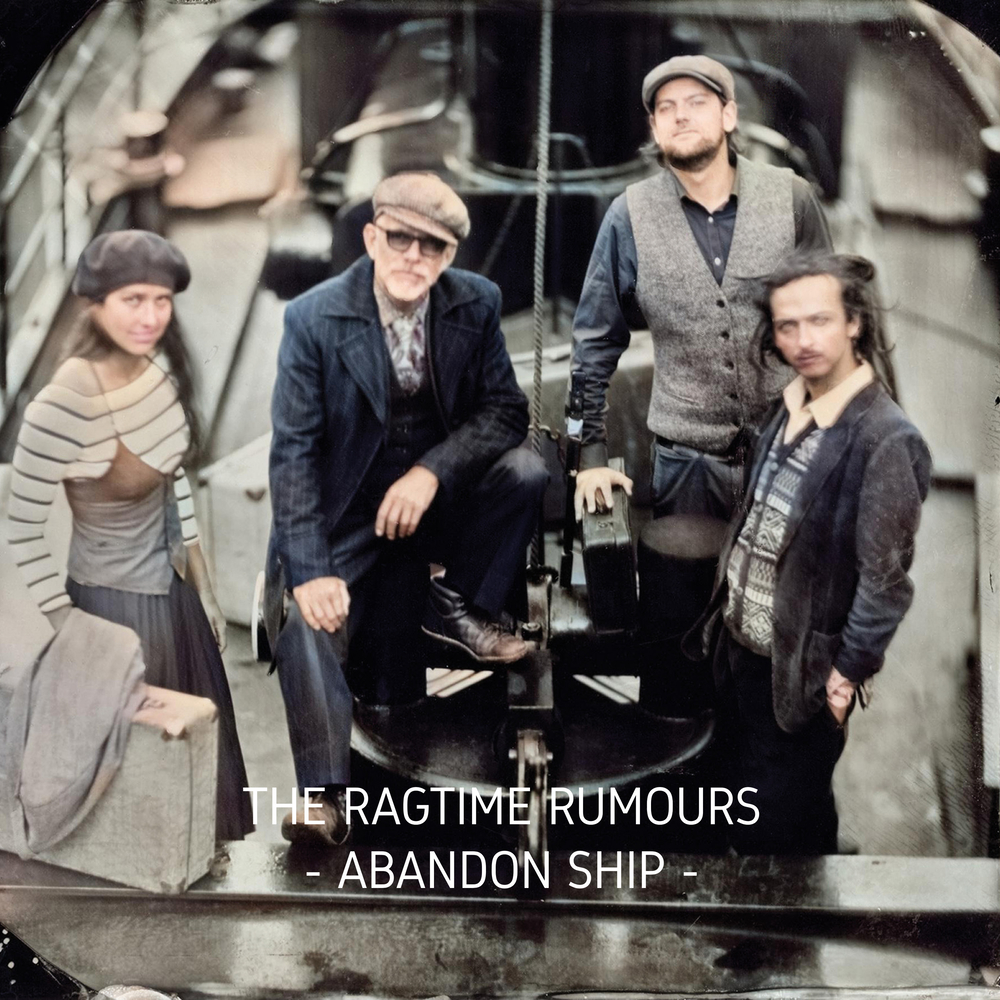 Available in 88.2 kHz / 24-bit AIFF, FLAC high resolution audio formats
Rules are there to be broken. Genres are there to be blurred. Perhaps you thought The Ragtime Rumours could never top the fearless alchemy of 2018’s debut Rag ’N Roll – a rebellious collision of vintage blues, offbeat rock ‘n’ roll, gypsy-jazz and quirky storytelling. But with this year’s Abandon Ship, you’ll be happily proved wrong. “In our opinion,” say the band, “Rag ’N Roll was the appetiser and Abandon Ship is the main course.” Freedom was the operative word when it came to Abandon Ship. With producer Thimo Gijezen sharing the band’s open-minded recording ethos, there were no rules during the sessions. “We experimented a lot with sound and recordings,” remember the lineup. “A few examples: a field recording in the middle of the night, so there would be no birds disturbing the saxophone imitating a ship-horn. Walking through the snow, using a coffee grinder and throwing stuff around to create rhythm parts. After a million changes, we can really say this album became exactly how it was meant to be.” Blues purists be damned. Abandon Ship is music without limits, for listeners without blinkers. “We think rules are meant to be broken,” say the band. “And we love breaking the rules…”
88.2 kHz / 24-bit PCM – Ruf Records Studio Masters