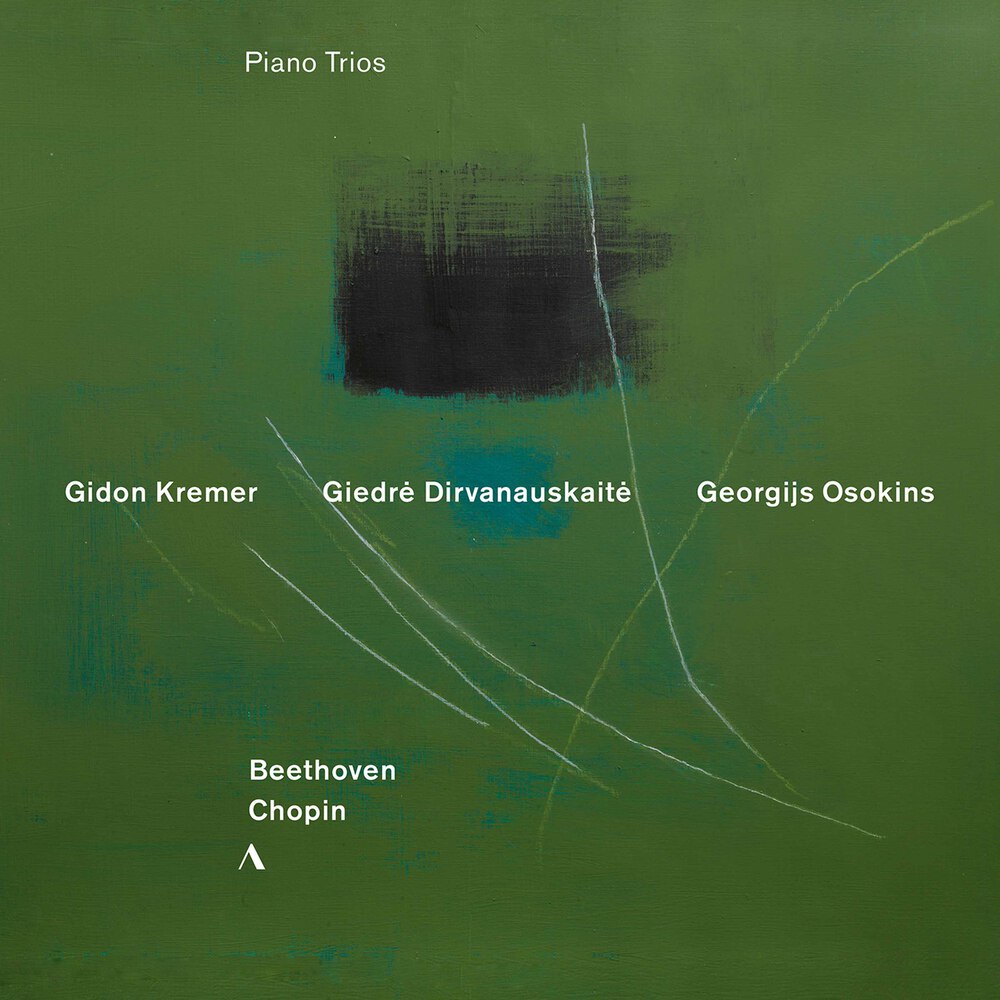 With his unusually uncompromising artistic attitude, Gidon Kremer is considered worldwide to be one of the most original and convincing artists of his generation. “Extraordinary and unpredictable” was how the press cheered the young pianist Georgijs Osokins after he turned heads for the first time at the International Chopin Competition in 2015. Gidon Kremer is one of the early supporters of the young Lithuanian and together with Giedrė Dirvanauskaitė, which has played an important role in the Kremerata Baltica for many years, they now present their first joint recording with piano trios by Beethoven and Chopin.

It begins with Beethoven’s “Triple Concerto” in the arrangement for piano trio by Carl Reinecke. Here, the equal cooperation of all three voices can be experienced in a purely chamber music version: Full concentration on the democracy set in music by Beethoven and a permanent role reversal between orchestral compactness and soloistic virtuosity.

Frédéric Chopin’s rarely performed G Minor Trio is one of the composer’s early chamber music works and, remarkably, the only one with violin. It follows the sonata form but is a true musical drama in four acts – with a conciliatory yet melancholy ending, not least because of its key of G minor.
48 kHz / 24-bit PCM – Accentus Music Studio Masters