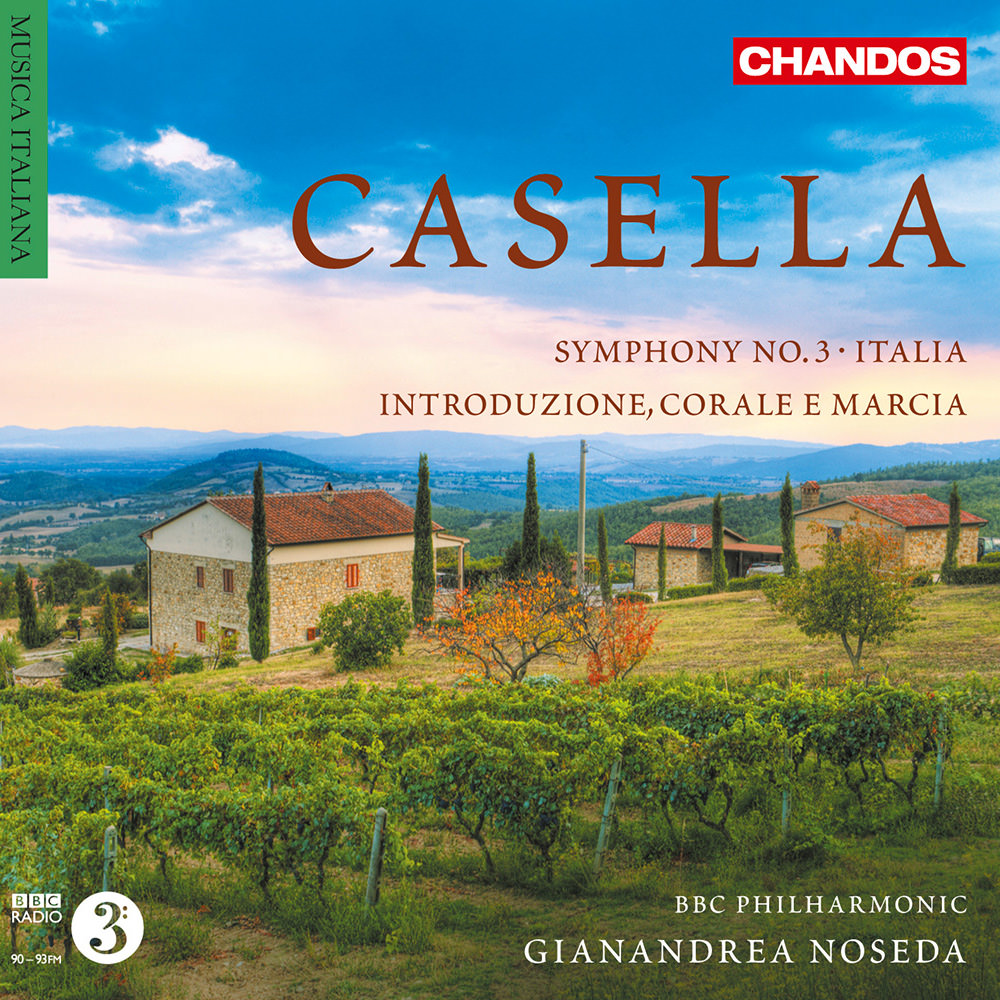 Available in 96 kHz / 24-bit AIFF, FLAC high resolution audio formats
"... any Casellian should rush to acquire this excellently performed, beautifully recorded disc." - International Record Review "Four Stars ... this is attractive music and the BBC Philharmonic under Noseda are strong advocates." - BBC Music Magazine "Five Stars ... the performances are exceptional: even by their own standards, Noseda and the BBC Philharmonic have done nothing finer." - The Guardian "Editor's Choice ... Noseda encourages the BBC Philharmonic to give of their considerable best throughout ... the exuberant yet marvellously controlled orchestral playing towards the close of Italia really does raise the roof ... the Chandos sound is demonstration-worthy in its sumptuous realism and intrepidly wide dynamic range. A very strong recommendation." - Gramophone This is the third volume in a cycle of Alfredo Casella's orchestral works, part of an Italian music series from the BBC Philharmonic and conductor Gianandrea Noseda. Three of Casella's most engaging neoclassical works are presented on this thoroughly delightful album including the first ever recording of his piece Italia.
96 kHz / 24-bit PCM – Chandos Studio Masters