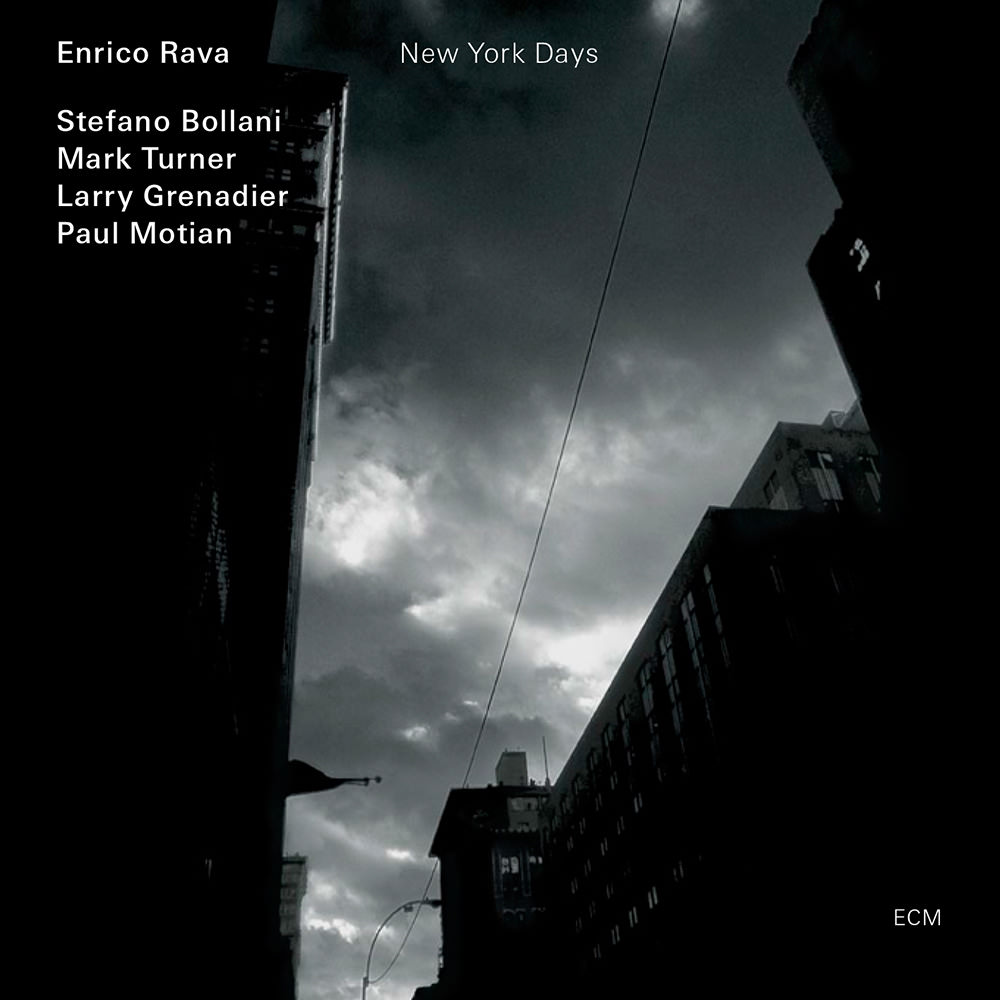 Available in 44.1 kHz / 24-bit AIFF, FLAC audio formats
"Four Stars ... Rava and (pianist) Bollani's delicate agenda of rich tone colours, illuminated by lightning strikes of urgent sound, dominates the music ... Motian's dazzling drumming always swings ... (the two horn players) intertwine like intimates." - The Guardian "... with players on this level, the process of searching for a group identity is fascinating to follow. Their moment-to-moment adventures contain intermittent flashes of revelation ... Rava is the most fearless and impulsive and creative player here. Yet even his unexpected outbursts and wildest flights fit within the curve of a governing rapt lyricism." - JazzTimes.com "... with the exception of the two improvs, it's all Rava ... the trumpeter's writing brings the set a greater stylistic focus ... (saxophonist) Turner's interactions with Rava at an equally deep level are further evidence of his remarkable talent ... the entire quintet finds new ways to coincidentally respect and reject tradition ... one of Rava's richest and most rewarding showings ..." - All About Jazz Italian trumpeter Enrico Rava unveiled his transatlantic quintet with this acclaimed release, recorded in New York City in 2008. Notably, the album marks the ECM debut for American tenor saxophonist Mark Turner, whose distilled, lean sound references Coltrane, Warne Marsh, Wayne Shorter and other legendary players. Turner’s searching, analytical tone is in marked contrast to Rava's lyrical flourishes, but the two make a fascinating pairing, especially when joined by resolutely musical pianist Stefano Bollani finding points of contact and making his own statements. Gifted bassist Larry Grenadier and that most unpredictable of all drummers, the late Paul Motian, complete this remarkable outfit.
44.1 kHz / 24-bit PCM – ECM Records Studio Masters