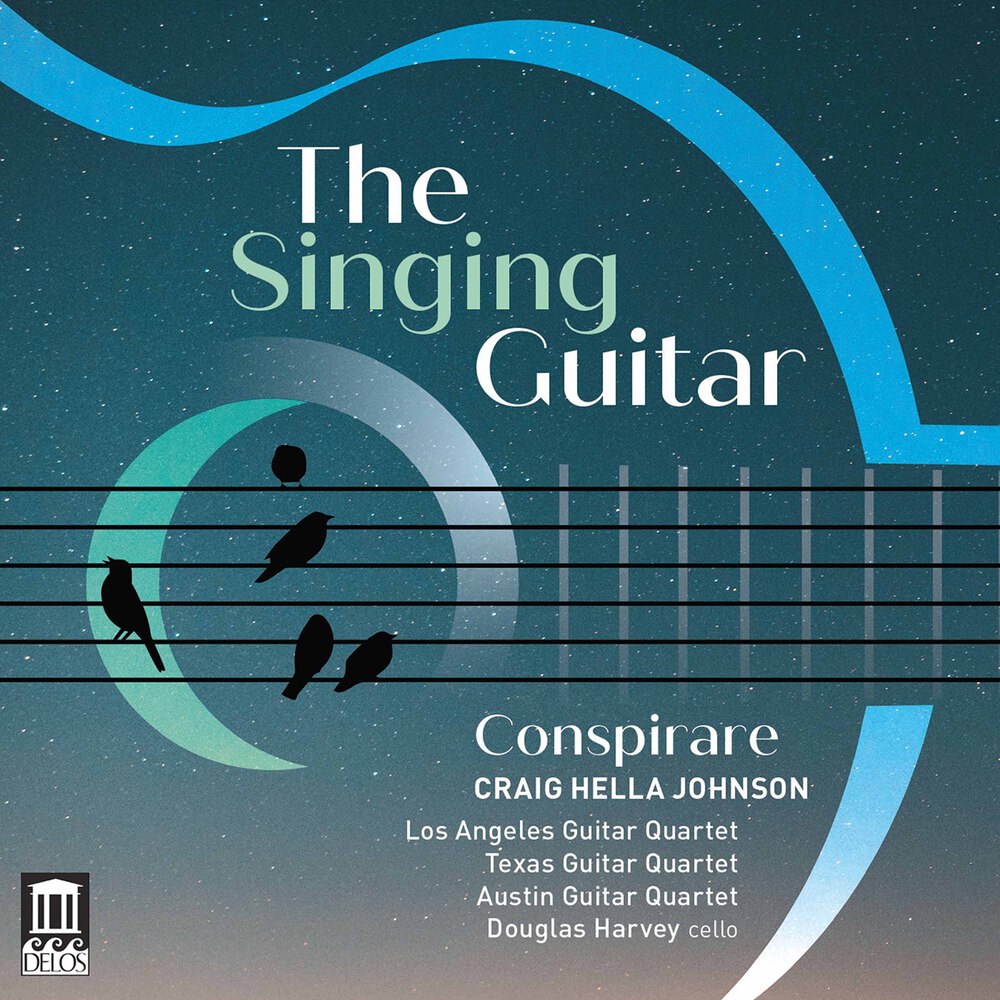 The wonderful Conspirare chamber choir, known for its interpretive depth and otherworldly sonic lushness, offers another of its captivating programs—this time joined by three superb guitar quartets—in a program remarkably relevant to our time.

Conspirare’s 2019 Delos album, The Hope of Loving, was nominated for a GRAMMY® Award for "Best Choral Performance" in 2020. The concert version of The Singing Guitar was performed to full houses in 2019. The combination of guitar quartet and chorus is so successful it’s surprising that more composers have not written for it. Four recently written compositions feature the voices of Conspirare accompanied by guitar—twelve guitars in Nico Muhly’s "How Little You Are", a compelling composition telling of the struggles of pioneer women. Kile Smith’s "The Dawn’s Early Light" ponders our national anthem in the writings of a Native American woman, Sarah Winnemucca Hopkins. The album is rounded out with compositions by Reena Esmail and Conspirare’s founder and director Craig Hella Johnson.
96 kHz / 24-bit PCM – Delos Studio Masters